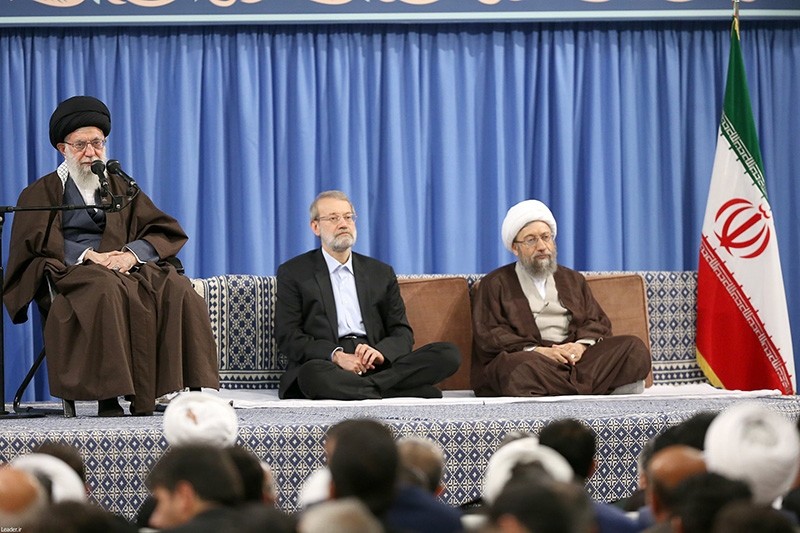 Iran on Saturday strongly condemned a joint airstrike by the U.S., Britain and France against Syrian regime's chemical sites in the wake of a suspected chemical attack that killed dozens outside the capital Damascus.

In a statement, the Iranian Foreign Ministry said the U.S. and its allies "will assume the responsibility for the regional and trans-regional consequences of this adventurism".

"Iran is opposed to the use of chemical weapons on the basis of religious, legal and ethical standards, while at the same time it ... strongly condemns [using this] as an excuse to commit aggression against a sovereign state," said the statement cited by local media.

Iran's Supreme Leader Ayatollah Ali Khamenei, for his part, denounced the airstrikes as a "murder".

"The attack this morning against Syria is a crime," he said. "The American president, the French president and the British prime minister are criminals."

Iranian President Hassan Rouhani warned on Saturday that a U.S.-led missile attack on Syria would lead to destruction in the Middle East, the semi-official Tasnim news agency reported.

"Such attacks will have no result but more destruction ... the Americans want to justify their presence in the region by such attacks," Rouhani was quoted as saying by Tasnim.

Rouhani also called Bashar al-Assad for support, saying Iran would continue to stand by Syria, "expressing his confidence that this aggression would not weaken the determination of the Syrian people in its war against terrorism," according to a statement released by the regime.

Assad told his Iranian counterpart Hassan Rouhani that a U.S.-led attack on Saturday would increase Syria's resolve to "fight and crush terrorism in every inch" of the country.

On Friday night, the U.S. President Donald Trump announced that the U.S., the U.K. and France jointly launched strikes targeting the Assad regime's chemical weapons capabilities after a suspected chemical attack killed dozens outside of Damascus.

The joint strike came after the White Helmets, a civil defense agency, blamed the Assad regime for the chemical attack, which it said killed 78 civilians and injured hundreds of others.

Iran is a major supporter of the Bashar al-Assad regime, whose forces violently cracked down on pro-democracy protests in 2011, triggering a deadly civil war that killed thousands.