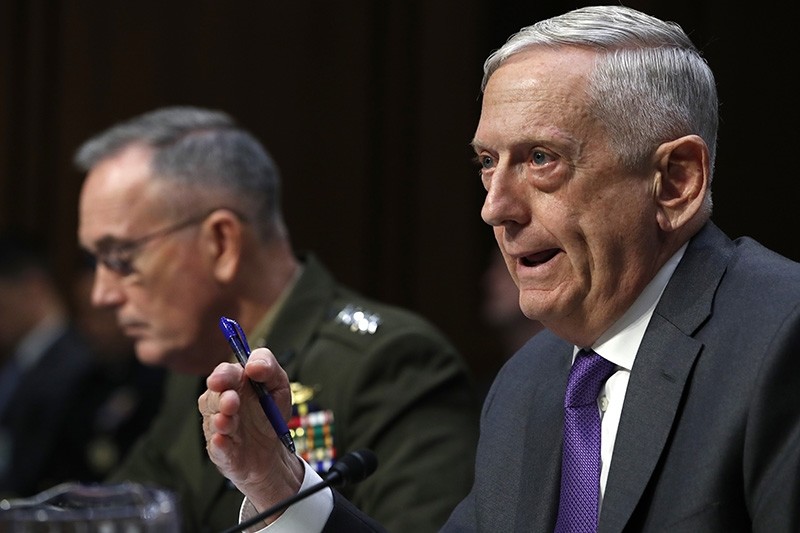 Secretary of Defense Jim Mattis said Thursday the U.S. will expand its operation in Syria despite President Donald Trump's stated willingness to withdraw from the war-torn country.

"We are continuing the fight [with Daesh]," Mattis said during a Senate Armed Services Committee hearing on Defense Department budget.

"We are going to expand it and bring in more regional support; [it] is probably the biggest shift that we are making right now."

Emphasizing on the presence of anti-Daesh coalition members in the region, he said the fight will continue until Syria gets completely cleared of Daesh.

Mattis also said operations against Daesh would increase on the Iraqi side of the border while France had reinforced the U.S. in Syria with special forces in the last two weeks.

Earlier in the month, Trump said his country would be leaving Syria "very soon" since Daesh had been defeated, arguing that the U.S. spending in the Middle East was futile and it detracted from domestic spending.

However, the Pentagon described reports of a U.S. plan to withdraw troops from Syria as "rumors," adding that the U.S. would continue fighting against Daesh in Syria. Later on, Trump agreed to keep them in the war-torn country for the short-term.

Recently, Trump, at a joint news conference with French President Emanuel Macron at the White House, noted that he wanted American troops to return from Syria but also did not want Iran to strengthen its influence in the region, especially after the defeat of Daesh.

U.S. military presence in Syria has been a point of contention with Turkey, as the U.S. has provided military and political support to PKK-linked terror groups in the region, particularly the People's Protection Units (YPG)-dominated Syrian Democratic Forces (SDF), claiming they are a "reliable partner" in the fight against Daesh.

The YPG is the Syrian offshoot of the PKK, which is listed as a terrorist organization by Turkey, the U.S. and EU.

On Jan 20., Turkey launched Operation Olive Branch in northern Syria to clear Daesh and PKK-linked terrorist groups, including YPG and SDF, from the region. After liberating Syria's Afrin on March 18 alongside Free Syrian Army (FSA), Turkish forces pressed on toward the goal of eliminating all terrorists west of the Euphrates.

The U.S., however, along with France, intensified its military presence in Manbij, providing increased support for YPG-stocked SDF forces in northern Syria.