Over 400 civilians killed in Syria in April, rights organization says 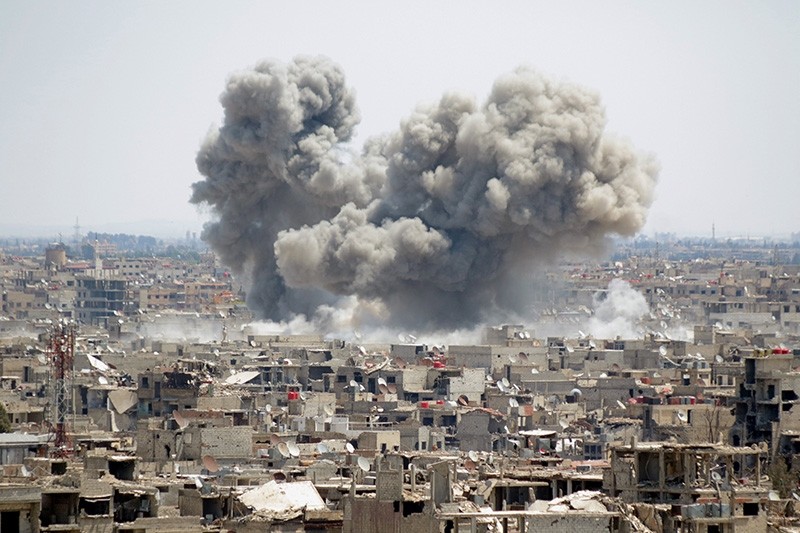 At least 408 civilians were killed in Syria last month, according to a Syrian human rights organization on Tuesday.

Syrian regime forces killed 212 people in April, including 43 children and 31 women, the Syrian Network for Human Rights (SNHR) said in a statement.

According to the statement, the fatalities included 11 people who were tortured to death by regime forces.

The NGO said 11 Syrian civilians were killed by Russian forces, which are supporting the Bashar Assad regime, including two children and four women.

A total of 23 people were killed by the PKK-linked People's Protection Units terrorist group and 22 others by Daesh terrorists, the rights group said.

The SNHR said four Syrian civilians were killed by a U.S.-led coalition in April, and six others by armed groups.

The deaths bring to 3,812 the number of civilians killed in the conflict in Syria since the beginning of this year, the vast majority of whom were killed by regime forces, the NGO said.