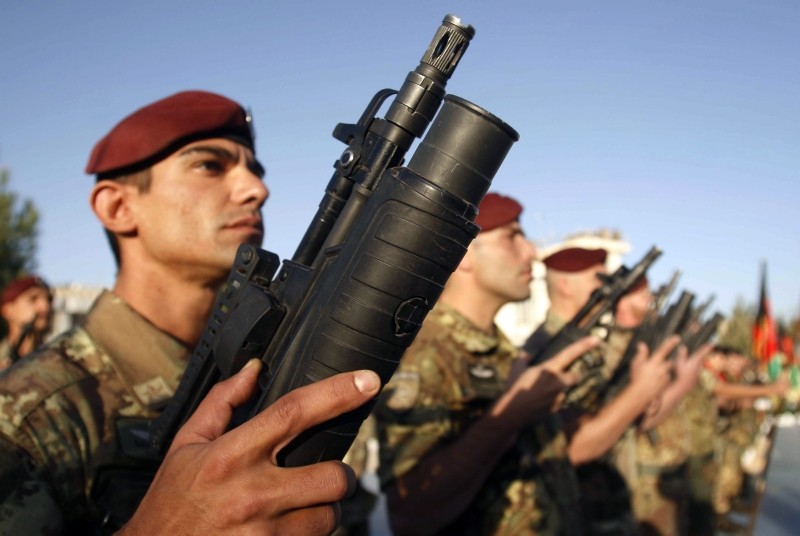 According to Anadolu Agency (AA) sources, Italian troops entered the YPG-controlled area from Iraq through Hasakah last week. The soldiers, who are in the region as part of the international coalition against Daesh terror group, will stay at a U.S. base at the Al-Omar gas field, which is located on the east bank of the Euphrates River in eastern Deir el-Zour.

Italian forces will not engage in combat for the time being, the sources said. The Italian soldiers, whose number is unknown, include military advisers who supported U.S. and French forces in anti-Daesh terrorist group operations. The soldiers have not participated as of yet in any military operations against Daesh. In May, the YPG began an anti-Daesh operation. However, no gains against Daesh have yet been made.

The YPG terrorists have been backed by the U.S. under the pretext of the fight against Daesh in Syria, functioning under the umbrella group Syrian Democratic Forces (SDF). SDF is predominantly led by the YPG terrorists. The SDF offensive in Deir el-Zour province, which borders Iraq, has focused on territory east of the Euphrates River.

On the western bank, Assad regime forces have waged their own offensive against Daesh with support from Iran-backed militias and Russia.

The Daesh terrorist group has been besieged in two separate border areas near the Iraqi border, particularly near Syria's Deir el-Zour and Hasakah.

The YPG is the armed wing of the PKK terror group's Syrian affiliate the Democratic Union Party (PYD).