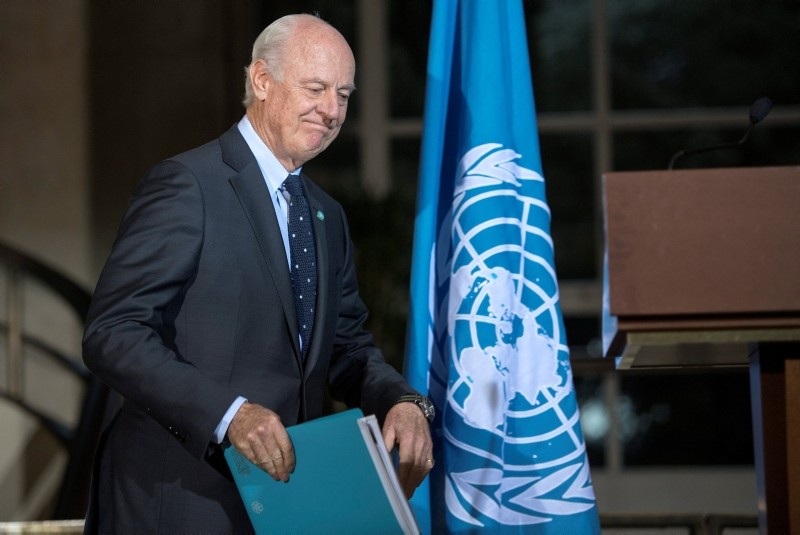 Senior officials from Turkey, Russia and Iran will meet in Geneva on June 18-19 for consultations with the United Nations about setting up a constitutional committee for Syria, U.N. Syria envoy Staffan de Mistura said in a statement on Wednesday.

He will invite other countries for relevant discussions in due course, the statement said.

De Mistura is tasked with picking membership of the committee, which is expected to rewrite the Syrian constitution, paving the way for new elections as part of a post-war political reform.

Turkey, Russia and Iran are the guarantor countries that brokered a cease-fire in Syria in December 2016, leading to the Astana talks, which ran parallel to the U.N.-backed discussions in Geneva to find a political solution to the civil war.