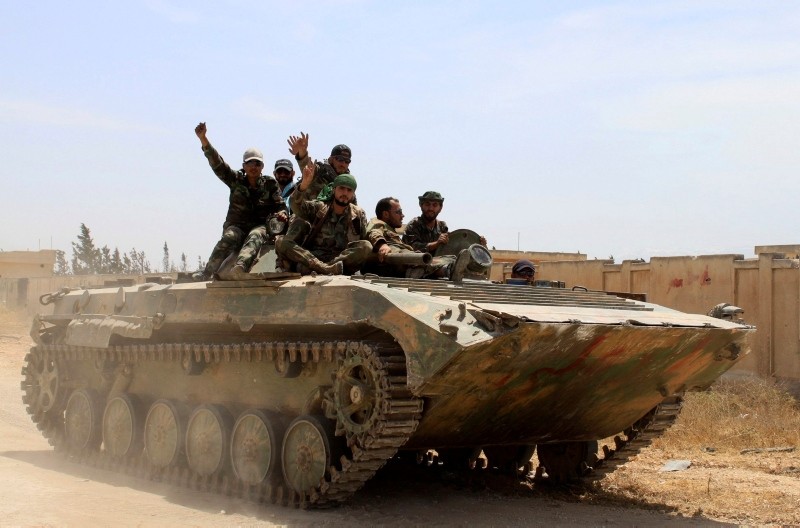 At least 38 foreign fighters allied to the Assad regime were killed in an overnight bombing raid near Syria's eastern border with Iraq, a monitor said on Monday.

The Britain-based Syrian Observatory for Human Rights said the strike on the town of Al-Hari was one of the deadliest on forces allied with the regime, but could not immediately identify who carried it out.

A United States official said Monday that they had reason to believe Israel carried out the strike.

"We have reasons to believe that it was an Israeli strike," the official told AFP on condition of anonymity following the Sunday night raid.

Col. Sean Ryan, a spokesman for the coalition, said it was aware of the reports but had not carried out any strikes in the area.

Assad forces and their allies have been conducting operations against Daesh west of the Euphrates river while the U.S.-backed Syrian Democratic Forces (SDF), which is dominated by the PKK terror group's Syrian affiliate the Democratic Union Party (PYD) and its armed wing the People's Protection Units (YPG), are on the offensive against Daesh on the east banks.