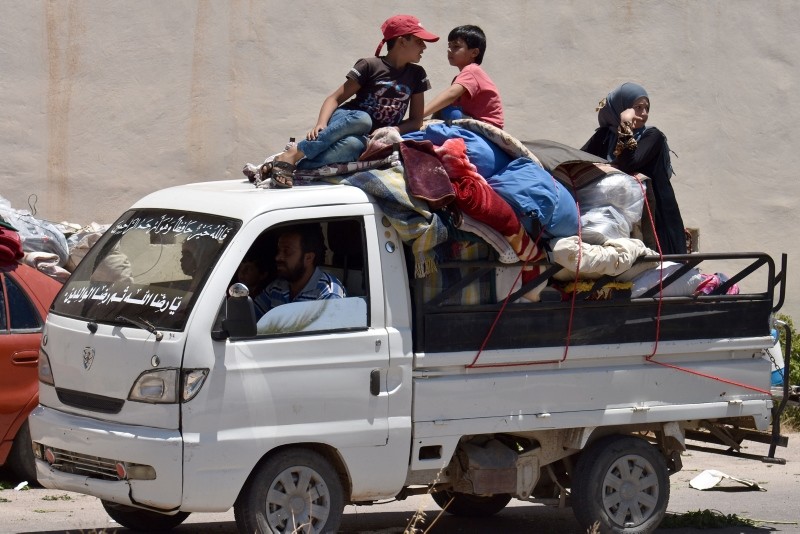 An estimated 750,000 internally displaced Syrians returned to their homes through the first half of 2018, nearly equal the amount for all of last year, the United Nations said Friday.

The returns have largely occurred in areas that regime forces have clawed back from opposition groups including Aleppo, Homs and Rural Damascus, the U.N. refugee agency said in a statement.

The rate of returns this year has clearly outpaced that of 2017, when an estimated 760,000 people went back to homes they had been forced to flee.

UNHCR said that in 2017 it had "ramped up its capacity inside Syria" in anticipation that larger numbers of internally displaced people (IDPs) would head home to certain areas as the dynamics of the Syrian conflict changed.

The spike in returns came as record numbers were displaced elsewhere.

Last month, the UN's humanitarian office in Syria said that the first four months of 2018 saw 920,000 people forced from their homes, the highest level in the seven-year conflict.

That movement was triggered by escalations in fighting in the former opposition bastion of Eastern Ghouta and within the northwestern province of Idlib, the main bastion of Syria's opposition.

More than six million Syrians remain displaced within Syria, while 5.6 million are living outside the country as refugees.

UNHCR said a mere 13,000 refugees returned to Syria through the first half of this year.