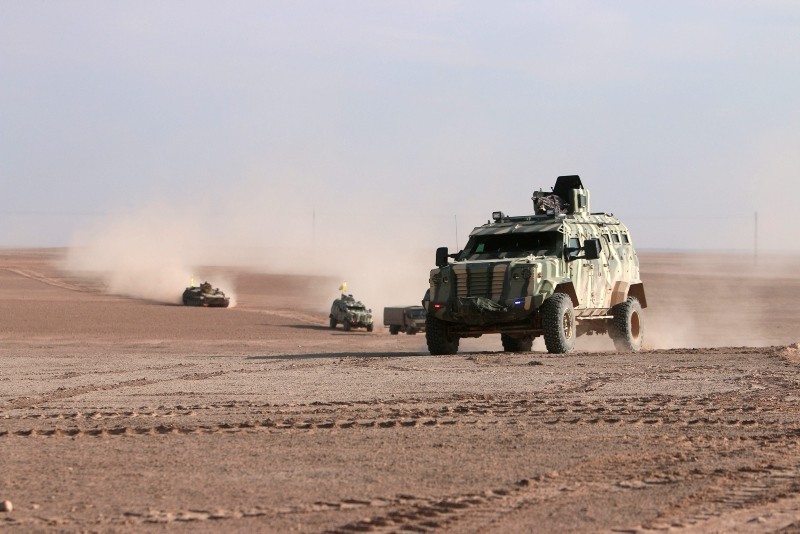 Saudi Arabia says it has contributed $100 million to northeast Syria for "stabilization projects" in areas once held by the Daesh terrorist group and now controlled by the PKK-affiliated Syrian Democratic Forces (SDF), which is backed by the U.S.

A statement early Friday from the Saudi Embassy in Washington says the money "will save lives, help facilitate the return of displaced Syrians and help ensure that ISIS cannot reemerge to threaten Syria, its neighbors, or plan attacks against the international community," using an alternate acronym for Daesh.

The SDF largely consists of the PKK terrorist group's Syrian offshoot, the People's Protection Units (YPG). Although the U.S. and EU recognize the PKK as a terrorist organization, they deny the group's connection with the YPG and the SDF despite strong ideological and organizational links.

The Saudi Embassy described the $100 million as part of a pledge made by Foreign Minister Adel al-Jubeir during a U.S.-sponsored conference in Brussels about Daesh in July at NATO headquarters.

The embassy said the money will go toward agriculture, education, roadworks, rubble removal and water service for the region, which is now largely held by the SDF.

Saudi Arabian officials met in May with top PKK figures to form a coalition with Arab forces, Anadolu Agency (AA) reported in June. Three Saudi military consultants went to a village in the Ayn al-Arab district, also known as Kobani, to hold meetings with YPG terrorists.

Also, Saudi Okaz newspaper, known for its anti-Turkey stance and as Crown Prince Mohammed Bin Salman's mouthpiece, previously published controversial articles about the PKK in which they interviewed a senior figure from the PKK terror organization and termed him the group's so-called minister of foreign affairs.

The backing of SDF/YPG by the U.S. has brought relations between Ankara and Washington, two NATO allies, to historic lows. Turkey sees the YPG as a terrorist group, an offshoot of the PKK, while the U.S. sees them as the most effective partner against Daesh.

"This substantial contribution will play a critical role in the coalition's efforts to revitalize communities, such as Raqqa, that have been devastated by terrorists," it added.

The Syrian city of Raqqa was the seat of Daesh's self-proclaimed "caliphate" until it was liberated last year.

The battle for Raqqa, once a city of 200,000 people, played out over four harrowing months in 2017, with the coalition playing a supporting role with the SDF. The coalition unleashed wave after wave of airstrikes and shell fire until the last of the Daesh militants left Raqqa in October 2017.

The U.S. military currently operates air bases and outposts in the SDF-administered region.