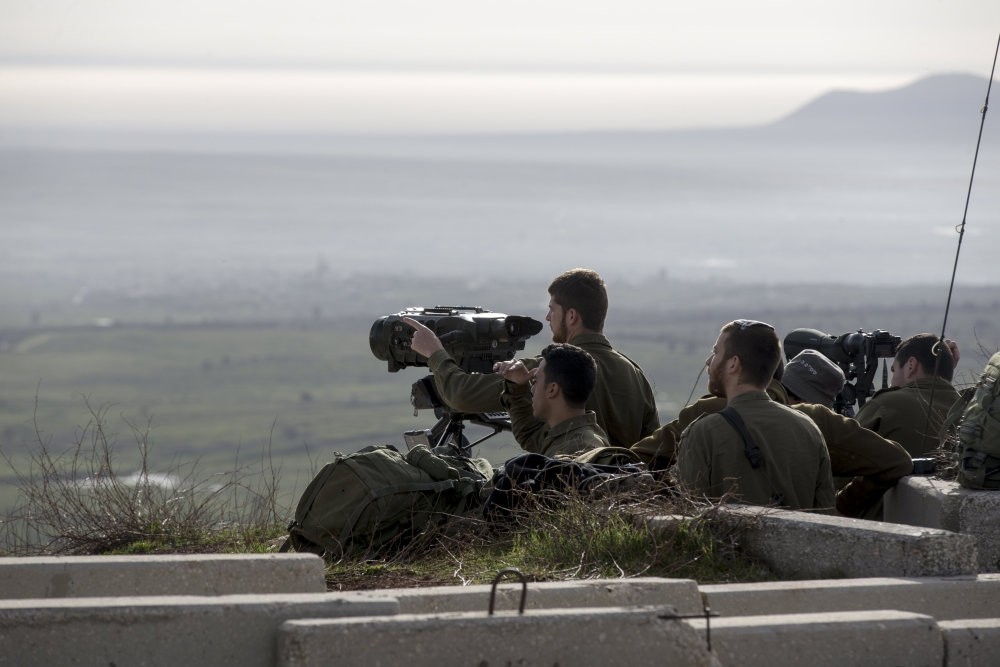 Israel's growing concerns and aggression, Russia's unspoken clashes of interest with Iran in Syria and Tehran's delivery of missiles to its proxies in Iraq may signal that another conflict may be on the horizon

Since the war in Syria broke out in 2011, Iran has been staunchly backing the Syrian regime through providing financial aid, weapons and manpower. Iranian troops and the Iranian-backed militias, primarily Lebanon-based Hezbollah, have played crucial roles in defending or retaking strategic positions from the opposition groups in places like Aleppo.

As the final major battle in the war looms over Idlib, Iran's presence in post-war Syria becomes a hot topic among Israel, Russia and the U.S.

Russia has been silent over Iran's presence and expansionist policies over not only Syria but also Iraq and Yemen. Moscow, which has been refraining from deploying its own troops on the ground, is aware that Iran's manpower is vital for the regime whose army has been dissolved.

Moreover, Moscow considers Iran's presence as a balance against the U.S. and Israel. In spite of these facts, it is also true that Moscow's influence over Iran is limited, as the two countries seek different goals in Syria. The former believes that preserving the Syrian regime, Hezbollah or Yemen's Houthi militias will defeat the imminent threats to its national security whereas the latter aims to consolidate its presence and power in the Mediterranean and the Middle East with no fear of national security.

Russia's relations are complicated with Iran and Israel. The two countries consider each other national security threats, squabbling at every opportunity. Israel claims that Iran is increasing its presence in Syria and produced nuclear weapons near the Golan Heights, which are under Israeli occupation. As a cautionary step, Russia deployed its troops near the Golan Heights, ensuring Israel that there would be no other foreign troops. Russia may not be concerned with Iran's presence due to ideological or security reasons. But the future of Syria's oil and natural gas reserves, as well as the strategic ports, will likely to appear as a matter of dispute between Tehran and Moscow. For instance, according to an article published by the Washington-based Security Studies Group (SSG) the Syrian regime has already signed an array of agreements with Iran for the reconstruction of the country, including in key infrastructural areas like telecommunication systems.

Despite Israel's concerns and Russia's warnings, Iran signed a defense agreement with the Syrian regime last week, stating that Tehran will continue its presence even after the war. In response, Israeli Defense Minister Avigdor Lieberman said Israel would not recognize any agreement as such. He also underlined that some international agreements or understandings over Syria's future are not binding for Tel Aviv. "We see various gatherings here and there; in Ankara, in Tehran, in Geneva, in other places too. They are talking about redesigning Syria after the battle for Idlib. As far as the state of Israel is concerned, with all respect and appreciation for all agreements and all understandings, they are not binding on us. What obligates us are solely the security interests of the State of Israel. All other understandings and agreements that are reached in all kinds of places are simply irrelevant from our point of view. We shall observe to the letter all previous agreements."

The SSG report also stated: "Iran is further securing the land corridors that run from Iran, through Iraq, and into Syria." Iran's latest move in Iraq verified the claim. According to a recent Reuters report Iran has given ballistic missiles to its proxies in Iraq. Although Iran claims that these missiles are to be used for defense, the latest move worried regional powers, particularly Israel, raising the question of whether Iran was preparing for a large-scale battle in the region.