38,500 have fled Syria's Idlib in past 2 weeks amid increasing hostilities, UN says 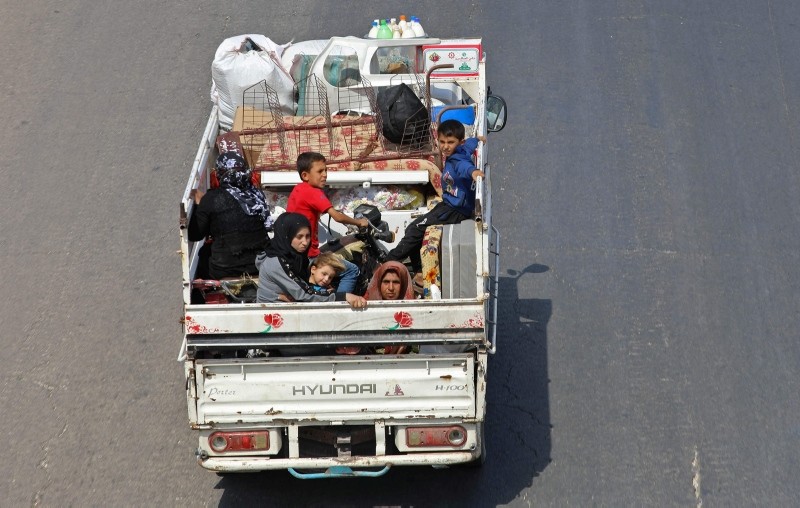 Violence in northwest Syria has displaced more than 38,500 people in less than two weeks amid increasing hostilities and a looming regime assault on the opposition-held Idlib province, the U.N. said Thursday.

The U.N., which has warned a full-fledged assault on Idlib could create the century's "worst humanitarian catastrophe", has created a plan to help up to 900,000 people who could flee the onslaught.

And an exodus has already begun.

During the first 12 days of September, "available information indicates that a sharp increase in hostilities and fears of further escalation has led to the displacement of over 38,500 people," the U.N. humanitarian agency (OCHA) said.

That marks a hike of nearly 10,000 people from the figure provided by the U.N. on Monday.

However, OCHA said that 4,500 of those who had fled since September 1 had "spontaneously returned" over the past three days amid a relative decrease in hostilities in western and southern rural parts of Idlib province.

It said most of those who left their homes had fled towards the north, towards the Turkish border.

Others chose to flee into agricultural lands near their original communities "with the hope that they will be able to quickly return ... should the hostilities stop," OCHA said.

The province and adjacent rural areas form the largest piece of territory still held by Syria's beleaguered opposition fighters, worn down by a succession of regime victories in recent months.

Assad has now set his sights on Idlib, and his forces and their Russian allies have since the beginning of the month stepped up bombardment of the densely populated province.

Some three million people live in the zone now, about half of them already displaced by the brutal seven-year war and others heavily dependent on humanitarian aid to survive.

A major military operation in Idlib is expected to pose a humanitarian nightmare because there is no nearby opposition territory left in Syria where people could be evacuated.

"We are in no way ready for the worst-case scenario," the U.N.'s Regional Humanitarian Coordinator for the Syria Crisis, Panos Moumtzis, told reporters in Geneva.

"Should we see three million of the people headed to the Turkish border, this is a scenario that by far outweighs the capacity of all the humanitarian organizations put together," he said.

"At the moment as humanitarians while we hope for the best, we are preparing for the worst."

Of the U.N. response plan to help up to 900,000 people who could flee the hostilities in Idlib, Moumtzis said: "We hope it won't happen. We hope it will not be needed."