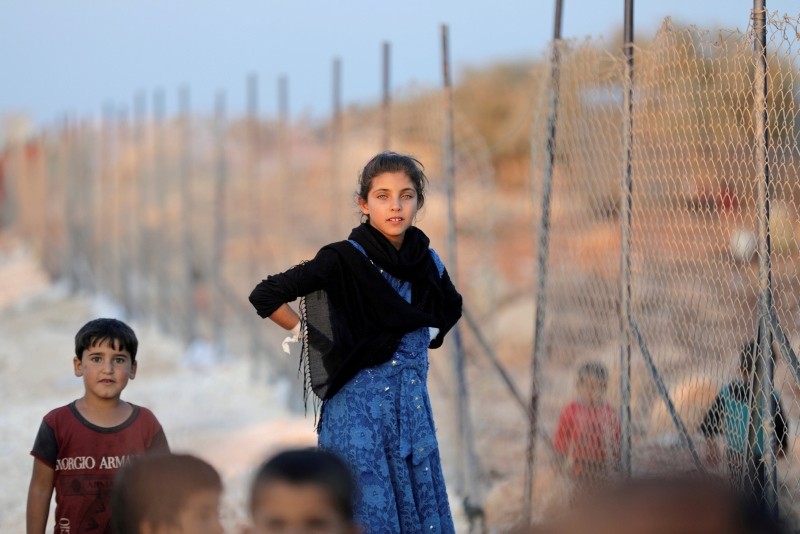 Syrian opposition activists said Wednesady thousands of people who were recently displaced by violence in northwest Syria have returned home following a Turkey-Russia deal that averted a regime offensive on the last major opposition stronghold.

The Britain-based Syrian Observatory for Human Rights said some 7,000 people have returned over the past two days to their towns and villages in opposition-held areas in and around Idlib province.

Syria-based activist Yazan Mohammed said the flow of people back to their homes started days before Monday's deal was announced between Russia and Turkey as residents were expecting it.

As air strikes intensified earlier this month, the looming threat of a Russian-backed assault had prompted tens of thousands of civilians to flee areas near the front line.

At a camp for the displaced in the town of Atme on the Turkish border on Tuesday, dozens of Syrians held up banners welcoming the agreement.

"We will return, God permitting," said one.

"Thank you to our Turkish brothers," said another, signed by the people of a town in the north of Hama province that had been bombarded in recent weeks.

One of the demonstrators, Marhaf al-Jadou, said he was tired of running from the shelling and air strikes.

"Enough of being displaced and sitting in tents. We want to return to our homes and our children to their schools," he said.

The United Nations has given cautious backing to the Turkish-Russian agreement.

It "will allow for the delivery of humanitarian assistance and for the saving of civilian lives," U.N. humanitarian coordinator in Syria, Ali al-Zaatari, said on Tuesday.

"We are engaging with all parties involved for more information and how this can be used to allow us to further access people in need," he told AFP on Wednesday.

The civil war in Syria has killed more than 360,000 people and displaced millions more since it erupted with the brutal repression of anti-regime protests in 2011.

Around half of the three million residents of the opposition zone in and around Idlib have fled from other parts of Syria recaptured by regime forces in previous offensives.