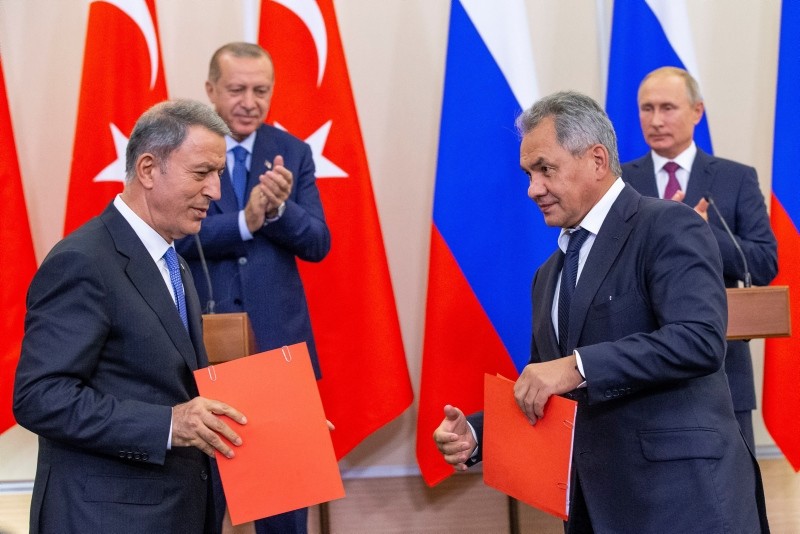 Speaking during a visit to Sarajevo, Lavrov said that Nusra front fighters should leave the zone by mid-October, but stressed that the United States' control over the eastern bank of the Euphrates river posed the main threat to Syria's territorial integrity.

"We are already drawing conclusions, doing all necessary not to depend on those countries that are acting that way with their international partners," Interfax quoted Lavrov as saying.

Turkey's defense ministry said the borders of the demilitarized zone to be set up in Idlib were agreed in meetings with a Russian committee.

The borders were agreed taking into account the area's geographical structure and residential areas, it said, adding that the meetings were held between Sept. 19-21 at Turkey's defense ministry.

President Recep Tayyip Erdoğan and Russia's Vladimir Putin announced an agreement on Monday under which Russian and Turkish troops will enforce the new demilitarized zone in the Idlib region, from which "radicals" will be required to withdraw by the middle of next month.