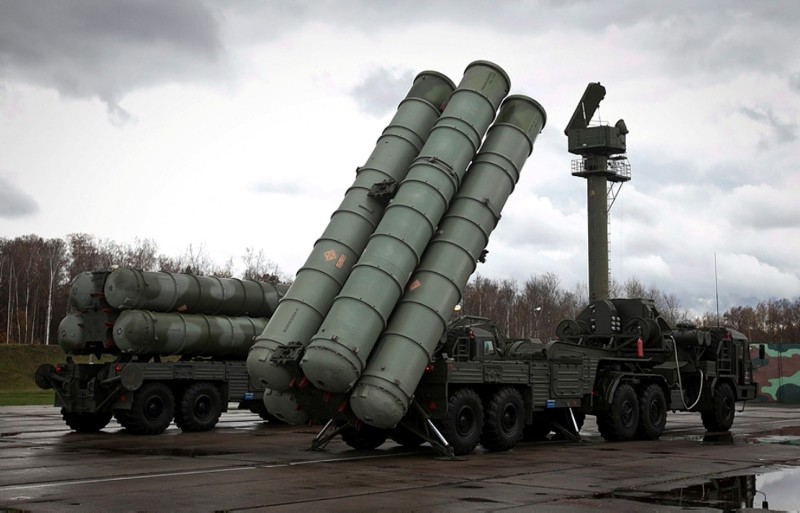 Shoigu said that Russia has delivered four S-300 launchers along with radars and support vehicles.

The minister said it will take three months to train Syrian regime personnel to operate the system.

"The work was finished a day ago," Shoigu said, adding that the system would allow improving the security of Russian military personal in Syria.

Shoigu added that Moscow has added equipment for " radio electronic warfare" and now "controls" the airspace in the area used for strikes on Syrian soil. Moscow had announced that Russia would begin jamming radars of hostile warplanes in regions near Syria over the Mediterranean Sea to prevent a similar situation from harming its troops.

Russia decided to supply the system to Syria despite Israeli objections after Moscow accused Israel of indirectly causing the downing of a Russian military jet in Syria on September 17.

The military's reconnaissance Il-20 was shot down by the Syrian regime's missile defense systems responding to an Israeli airstrike. Russia laid the blame on Israel, saying Israeli fighter jets had pushed the plane into Syria's line of fire.

Shoigu said the supply of S-300s to Syria will "calm down some hotheads" whose actions "pose a threat to our troops."

Israel has long lobbied Moscow not to provide the S-300 to Syria. It has made repeated efforts to persuade Moscow not to sell S-300s to Syria, as it fears this would hinder its aerial capability. For several years, Israel and Russia have maintained a special hotline to prevent their air forces from clashing in the skies over Syria. Russia has provided key air support to Bashar Assad's forces since 2015, while Israel has carried out dozens of strikes against Iran-linked forces. Israeli military officials have previously praised the hotline's effectiveness. But, the Russian Defense Ministry accused Israel of using the hotline to mislead Russia about its plans. It said the Russians were unable to get the II-20 to a safe place because an Israeli duty officer had misled them, telling them of an Israeli operation in northern Syria while the jets were actually in Latakia, in the country's west.

The downing of the plane came just hours after Russia announced it had reached a deal with Turkey to avert a Russian-backed Syrian regime offensive against the northwestern province of Idlib, one of the last areas still in opposition hands.

Russia in April had hinted that it would supply the S-300 to Assad's regime despite Israeli objections. The missile system, originally developed by the Soviet military, but since modernized and available in several versions with different capabilities, fires missiles from trucks and is designed to shoot down military aircraft and short to medium-range ballistic missiles.