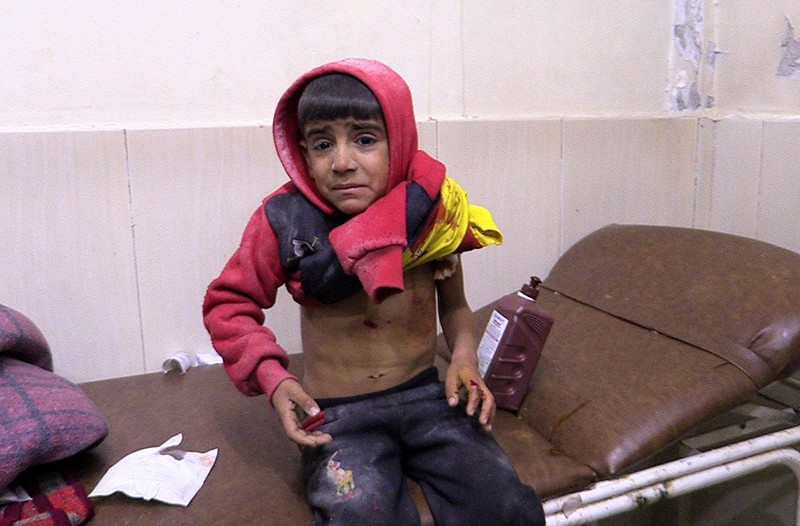 Bashar Assad's regime continues to target civilian settlements in Syria's Idlib amid ongoing violations of the Sochi agreement reached by Turkey and Russia to preserve the cease-fire in the region.

The regime and its Iran-backed militant allies targeted Jarjanaz, al-Tamaniya, al-Sukeyk and al-Tah located inside the Idlib de-escalation zone with missile attacks on Tuesday, injuring a child, according to Anadolu Agency.

The Sochi agreement was reached on Sept. 17 by President Recep Tayyip Erdoğan and his Russian counterpart Vladimir Putin. The deal established a cease-fire in the Idlib region, which is the last stronghold of the opposition, on the condition that heavy arms and extremist groups would withdraw from the region. Prior to the agreement, the Assad regime was signaling an expansive military operation against Idlib, sparking fears in the international community of a new humanitarian crisis.

On Nov. 10-11, the National Coalition for Syrian Revolutionary and Opposition Forces held its 42nd General Assembly meeting in Istanbul, condemning Assad's continuous violations of the Sochi deal in a statement following the regime's artillery fire toward civilians in southern Idlib and Hama.

The statement also said the opposition group is negotiating to normalize conditions for civilians in areas under the control of opposition groups that have been cleared of extremists.

Since the Sochi agreement in September, 32 civilians have lost their lives in attacks by the regime, while many others have been injured.