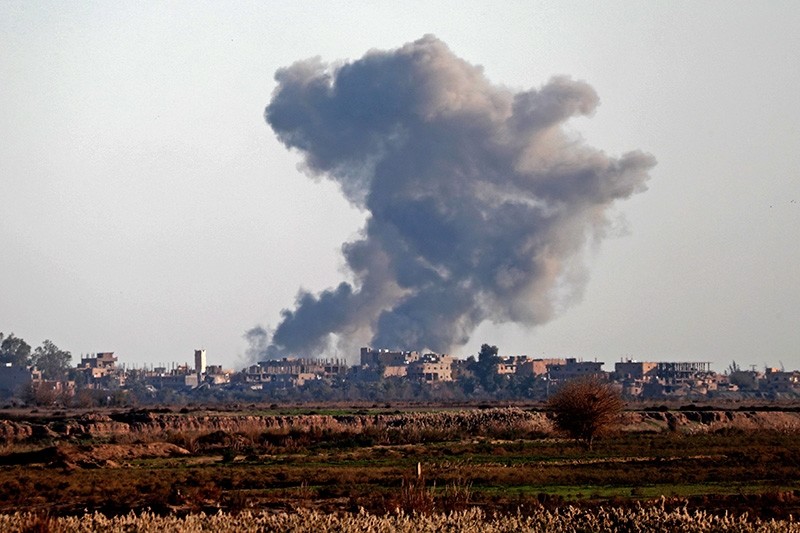 At least 17 Syrian civilians were killed when the U.S.-led anti-Daesh coalition targeted a mosque that was allegedly being used by the terrorist group in the Hajin district on the eastern outskirts of Deir el-Zour city.

Local sources, who spoke on condition of anonymity for security reasons, told Anadolu Agency that coalition aircraft struck a mosque in Buhatir village on Saturday night.

The U.S. military said the mosque was being used as a command and control center by Daesh.

"This strike killed (Daesh) terrorists who presented an imminent threat, and eliminated another deadly ISIS (Daesh) operational capability from the battlefield," the U.S. military said in a statement.

The coalition's military operations in the area have continually resulted in suffering and casualties among civilians.

In November, at least 17 civilians, mostly women and children, were killed when a U.S.-led coalition shelled the village of Albo Badran near the Daesh-held town of al-Sousse.

The U.S. has partnered with the Syrian Democratic Forces (SDF), which mainly consists of the PKK's Syrian affiliate the People's Protection Units (YPG), to combat Daesh in Syria, despite warnings from Turkey against the repercussions of using one terrorist group to defeat another.

On Wednesday, President Recep Tayyip Erdoğan said that within a few days Turkey would launch an operation in Syria, east of the Euphrates, to clear the region from PKK elements and the YPG.

Turkey shares a 711-kilometer (442-mile) border with Syria and considers the presence of the YPG on its southern border a grave threat to its national security.

A possible mission east of the Euphrates, which Turkey's leadership has been suggesting for months, would follow two successful cross-border Turkish operations into Syria — Operation Euphrates Shield launched in August 2016 and Operation Olive Branch launched in January 2018, which were both meant to eradicate the presence of YPG and Daesh terrorists near Turkey's borders.