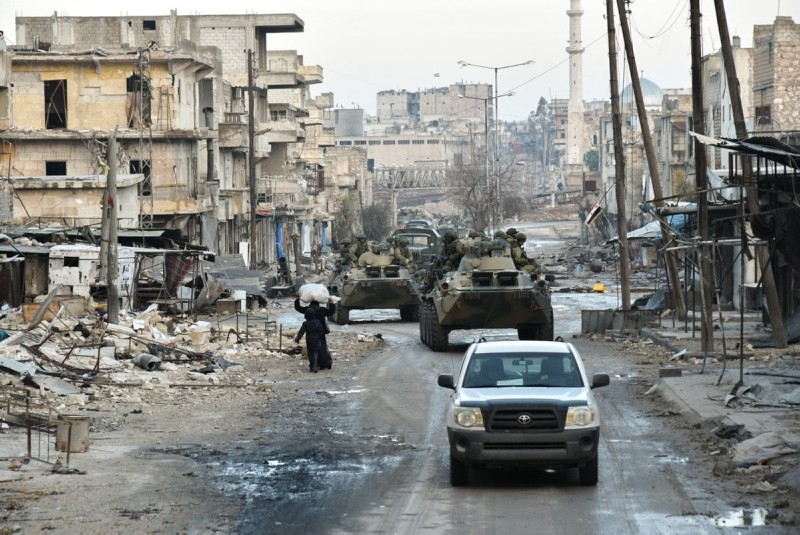 The regime forces were deployed following an agreement with the leadership of the U.S.-backed Syrian Democratic Forces (SDF), which is dominated by the PKK terror group-affiliated YPG, AA said, adding that full control of the village was handed to soldiers loyal to Bashar Assad.

According to AA sources, 40 pickup trucks, two tanks, several lorries and armored personnel carriers entered Manbij from the south. Accordingly, following a brief meeting between YPG leaders, the regime's convoy headed toward Arimah, and full control of the village was handed to soldiers loyal to the Assad regime.

However, Turkey's Ministry of Defense released a statement later on Tuesday, saying that the latest movements in the area belong to Syrian regime forces located in the area since 2017.

Amirah is located between Manbij, which is home to a U.S. military base, and areas liberated by Turkey and the Free Syrian Army (FSA) during Operation Euphrates Shield.

The agreement between the Assad regime and the YPG terrorists comes amid U.S. withdrawal from Syria, a surprise move announced by President Donald Trump last week.

In line with the agreement that was reached with the U.S. in June, Turkey has been waiting for the withdrawal of the YPG terrorists from the district. While welcoming the U.S.' decision, Turkey has underscored that it will continue to target both the YPG and Daesh.

Following Washington's decision, Ankara said it will postpone military operations east of the Euphrates until U.S. troops are completely withdrawn from the region.

With the support of the Russian air force, the regime retook control of swathes of opposition-held territories in Syria, pushing the opposition forces into the northern party of the country. On the other hand, the YPG has been enjoying military deliveries from Washington under the pretext of fighting Daesh. The YPG has gained control of approximately 25 percent of Syria's territory and nearly 65 percent of the 900-kilometer border with Turkey.