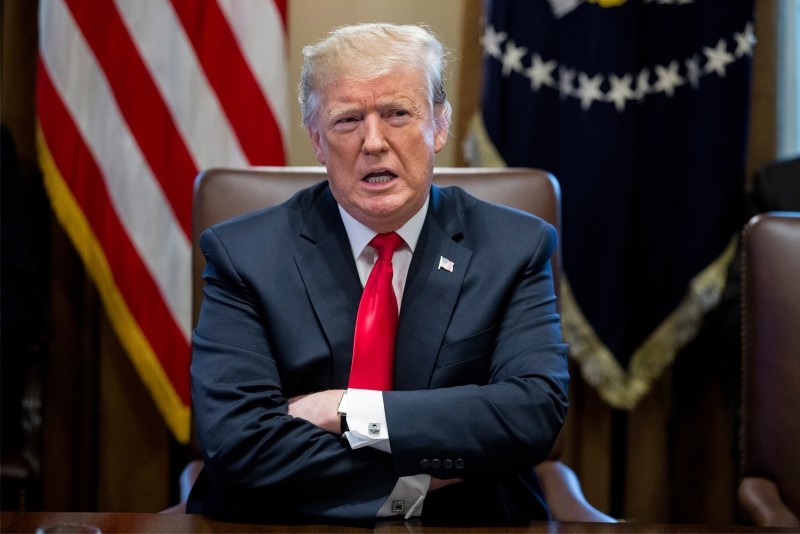 U.S. President Donald Trump said on Wednesday that the U.S.-backed YPG militants in Syria were selling oil to Iran and Washington was "not thrilled" about it.

Trump said he did not like the fact that the YPG was selling oil to Iran and that they told the militants to stop.

"The Kurds, our partners, are selling oil to Iran. We are not thrilled about that. I'm not happy about it at all," Trump said.

During a Cabinet meeting at the White House in front of reporters, Trump said he had never discussed a reported four-month timetable for the withdrawal of 2,000 American troops stationed in Syria amid a battle against Daesh militants.