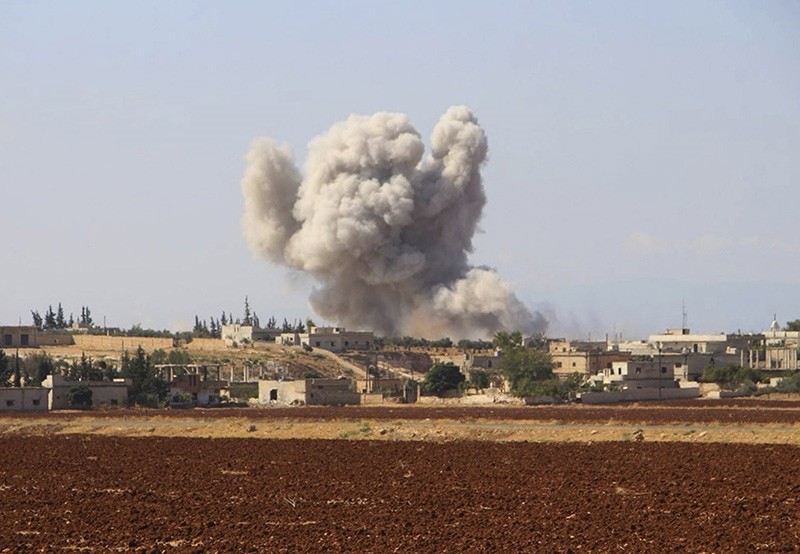 This file photo released on Sept. 10, 2018, by the The White Helmets shows smoke rising from an Assad regime airstrike in Hobeit Village near Idlib, Syria. (Syrian Civil Defense White Helmets via AP)
by Anadolu Agency Jan 13, 2019 12:00 am

At least one civilian was killed on Sunday in attacks by the Syrian regime and pro-regime terrorist groups in Syria's northwestern Idlib de-escalation zone.

The regime and Iranian-backed terrorist groups have been firing artillery into the villages which are situated inside the de-escalation zone, the parameters of which were laid down in a recent agreement between Turkey and Russia.

Youssef said that the wounded were taken to a nearby hospital.

After a meeting in Russia's coastal city of Sochi between President Recep Tayyip Erdoğan and his Russian counterpart Vladimir Putin on Sept. 17, the two sides agreed to set up a demilitarized zone -- in which acts of aggression are expressly prohibited -- in Idlib.

Under the terms of the deal, opposition groups in Idlib will remain in areas in which they are already present, while Russia and Turkey will carry out joint patrols in the area to prevent a resumption of fighting.