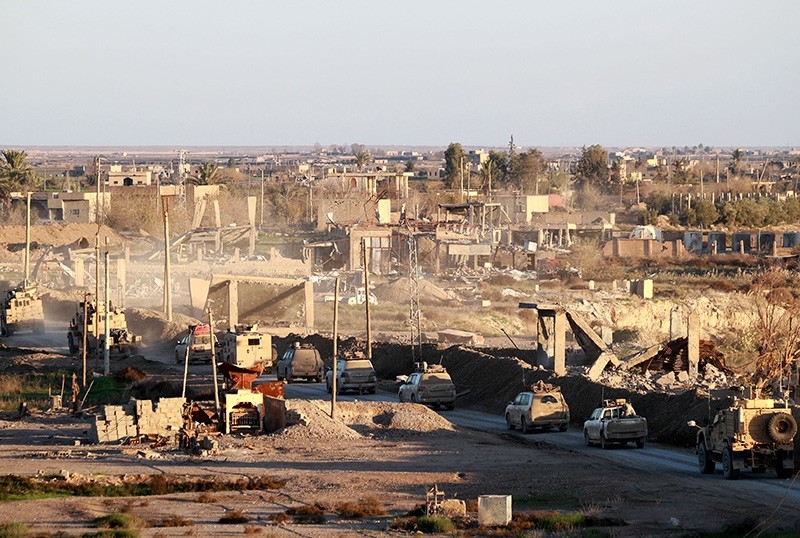 Twenty people in Deir ez-Zour's Al-Susah district were killed by the strikes after trying to flee an exchange of fire between Daesh and the PKK-affiliated People's Protection Units (YPG) terrorist group, sources said.

Backed by the U.S., the YPG has recently registered gains in Deir el-Zour's rural outskirts.

According to estimates, nearly one-third of Syria is currently controlled by YPG terrorists.

The coalition's military operations in the area have continually resulted in suffering and casualties among civilians.

In November, at least 17 civilians, mostly women and children, were killed when a U.S.-led coalition shelled the village of Albo Badran near the Daesh-held town of al-Sousse.

The U.S. has partnered with the Syrian Democratic Forces (SDF), which mainly consists of the PKK's Syrian affiliate the YPG, to combat Daesh in Syria, despite warnings from Turkey against the repercussions of using one terrorist group to defeat another.