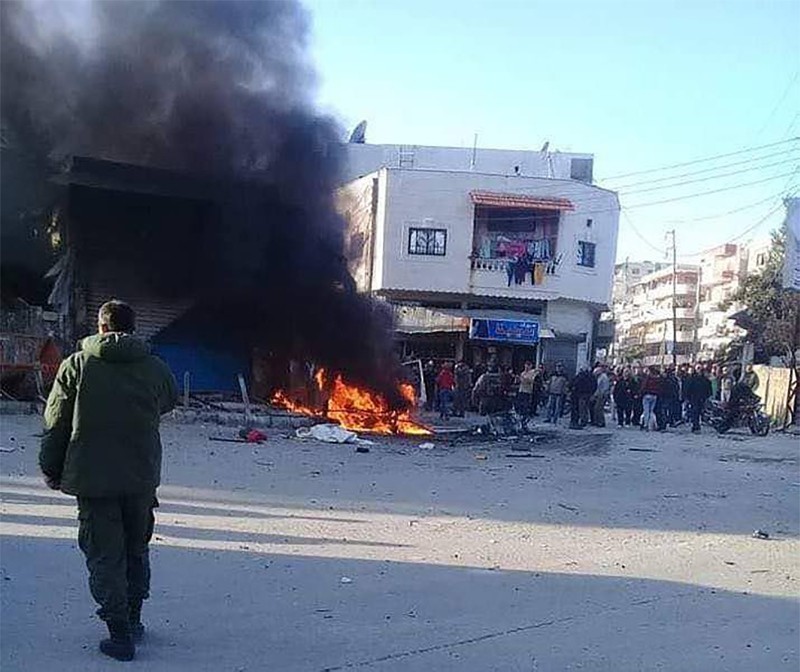 The TV station said Tuesday's blast was a car bomb that went off in Al-Hammam Square in Latakia that has been a regime stronghold since the conflict began in March 2011.

Footage carried on the state-run al-Ikhbariya news channel showed a large group of people milling around in a street while wreckage smoldered on the ground.

State news agency SANA reported that the driver of the vehicle, a Suzuki minivan, had been killed in the explosion, and that four other people had been wounded.

It reported that the authorities had dismantled another explosive device in the same location before the blast in the vehicle.

The Britain-based Syrian Observatory for Human Rights war monitor reported that five people had been injured in the explosion.

The blast came two days after an explosion struck the capital Damascus in which state media said there were no casualties.

The rare explosions come at a time when regime forces have been scoring victories against opposition forces in different parts of the country.