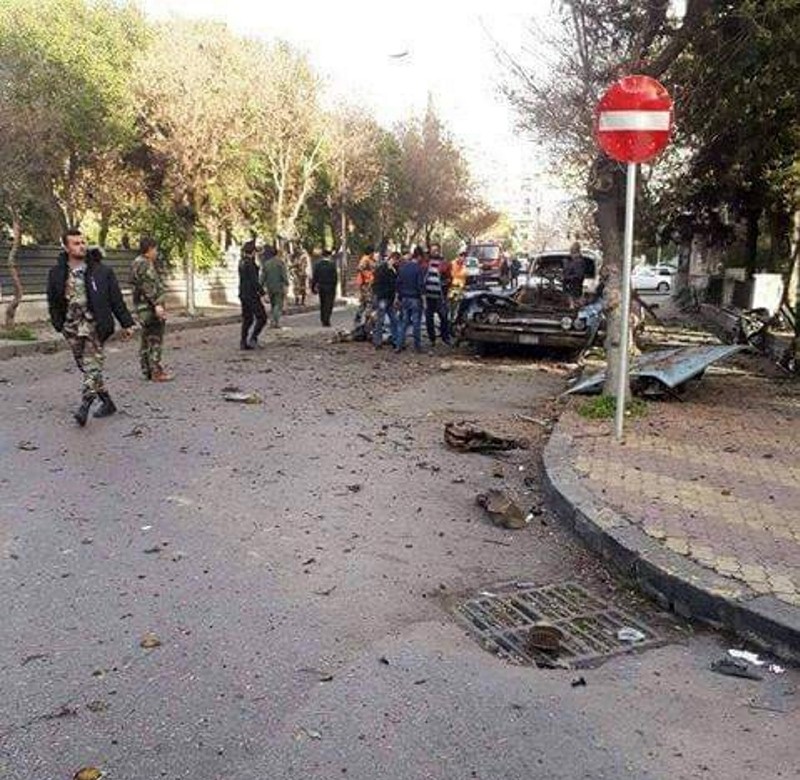 A bomb attack hit a northeastern neighborhood of the Syrian capital Damascus Thursday, state media said, in the third such explosion in a regime-held area in less than a week.

Assad regime's Syrian Arab News Agency (SANA) reported "a terrorist bombing in the Adawi area with an explosive device planted in a car, causing material damage but no casualties."

The latest blast came after the first explosion in Damascus in more than a year on Sunday, in which the Observatory reported "some people killed and injured."

On Tuesday, a car bomb killed one in the regime's coastal stronghold of Latakia, according to state media.

Syria's civil war has killed more than 360,000 people and displaced millions since it started in 2011 with the bloody repression of anti-government protests.

With key military backing from Russia, Bashar al-Assad's forces have retaken large parts of Syria from rebels and jihadists, and now control almost two-thirds of the country.

The Syrian regime in May retook a final scrap of territory held by the Islamic State group in southern Damascus, cementing total control over the capital for the first time in six years.