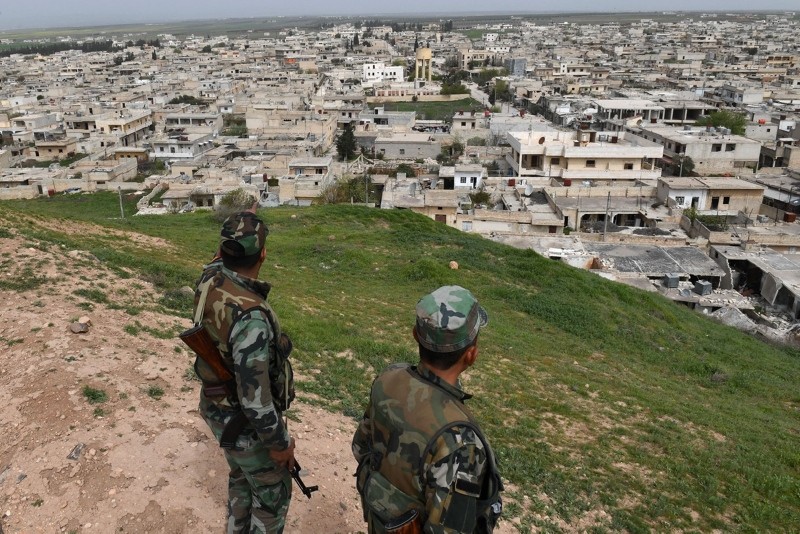 Landmines planted by the YPG terrorists in Basuta village south of Afrin injured three members of the Hamza Brigade, a group that operates under the FSA.

In a similar attack, a FSA member was killed, two others heavily injured on Jan. 14 when YPG-planted landmines went off in the Syrian town of Azaz, near the Turkish-Syrian border.

The terrorist group had previously targeted nearby areas, attacking Kimar village in southern Afrin with heat-seeking missiles and killing one FSA member on Jan. 28.

The YPG terrorists occupied Tal Rifaat in Feb. 2016, with an aim to connect Afrin with the lands it occupied in the east of Euphrates River. After the YPG invasion, some 250.000 civilians living in Tal Rifaat and nearby areas were forced to migrate to neighboring Azaz controlled by Syrian opposition.

Ankara continuously reiterated that it will not allow PKK-affiliated groups to establish a terrorist corridor on its southern border which would threaten Turkey's border security and peace.

While the country liberated northwestern territories from Daesh terrorism, it also prevented the YPG from establishing a de facto autonomous region in Syria by connecting the northwestern Afrin to the Ayn Al Arab (Kobani) and Jazeera in the northeast, which Ankara describes as a "terror corridor" posing a grave security threat to its national security. Turkey has also long been signaling of a possible third operation in east of the Euphrates River to eliminate YPG terrorism.