At least 18 dead in Assad regime shelling in Syria's Idlib 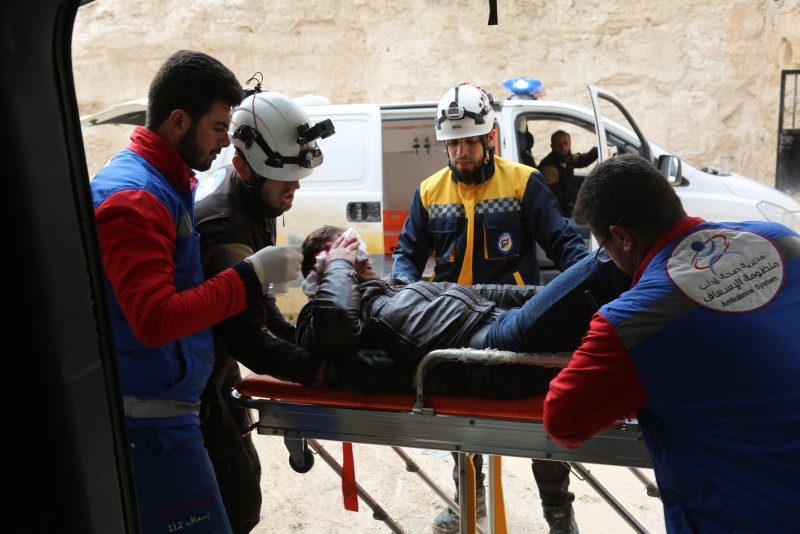 Regime bombardment has killed 18 civilians in the last major region outside its control in northwest Syria over the past 48 hours, a war monitor said Saturday.

The deadly bombardment hit the towns of Maaret al-Noman and Khan Sheikhoun, said the Britain-based monitor, which relies on sources inside Syria for its information.

Since September, the region has been protected from a massive regime offensive by a ceasefire deal brokered by regime ally Russia and Free Syrian Army (FSA) backer Turkey.

But sporadic regime bombardment has continued to hit the region, and hundreds of missiles rained down on Maaret al-Noman, Khan Sheikhoun, and other areas on Friday and Saturday.

The war started in 2011 with the brutal repression of anti-Assad protests and has since spiraled into a complex conflict involving world powers that have killed more than 360,000 people.

Friday and Saturday's deadly bombardment comes as the world waits for U.S.-backed forces to expel the Daesh terrorist group from a final holdout in eastern Syria, marking the end of the terrorists.