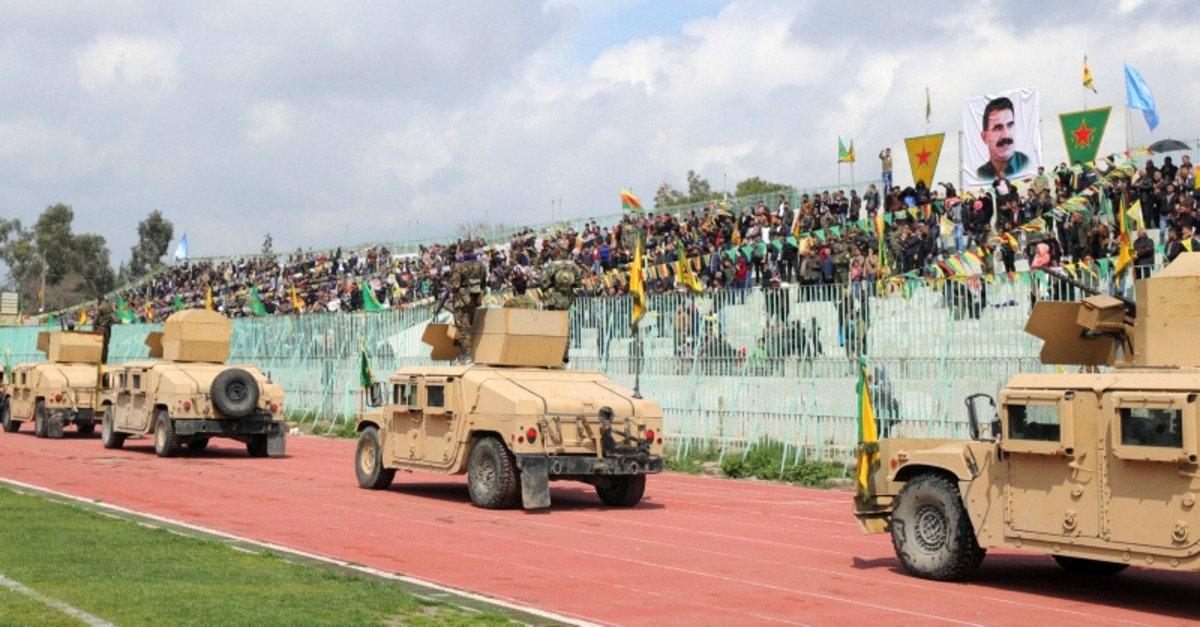 A parade supposedly organized in northern Syria to celebrate the victory over Daesh terrorist group became a propaganda opportunity for another terrorist group deployed by the U.S.-led Coalition in the war-torn country. 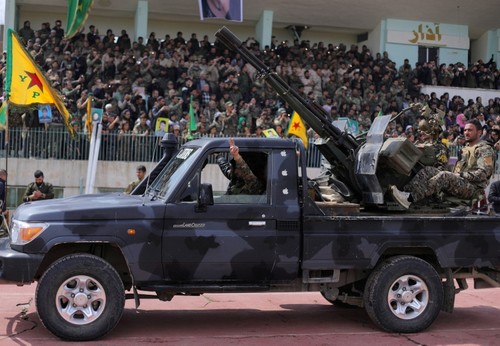 Thousands of militants from the People's Protection Units (YPG), the armed wing of PKK terrorist group's Syrian offshoot Democratic Union Party (PYD), converged in the city of Qamishli bordering Turkey on Thursday for a show of force after the recently proclaimed victory over Daesh in eastern village of Baghouz. 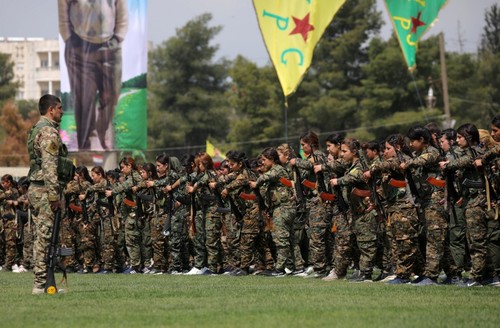 As usual, the symbols of PKK group — designated terrorist by the U.S. and EU — were once again on display, accompanied by banners of its jailed leader Abdullah Öcalan.

The PKK has waged a bloody terrorist campaign against the Turkish state since early 1980s in a conflict that has led to the deaths of more than 40,000 people. 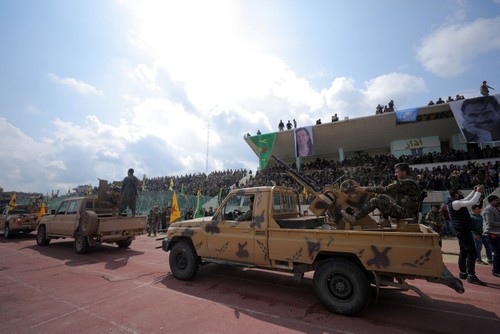 The YPG dominates the U.S.-backed Syrian Democratic Forces (SDF), which drove Daesh from northeastern Syria and captured almost all the Syrian territory located on the right bank of the Euphrates River including Raqqa, once dubbed Daesh's capital now lying in ruins.

Starting from 2016, the SDF pushed southward towards Euphrates River and oil fields located in eastern Syria while the Assad regime pushed eastward. 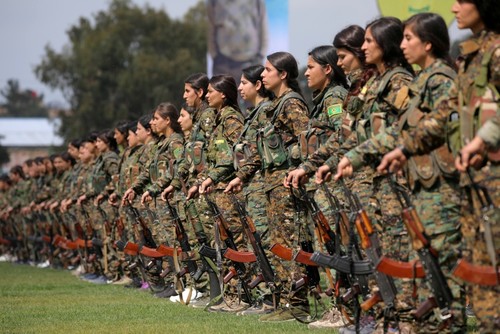 Neighboring Turkey, frequently targeted by Daesh terrorists in suicide bombings and cross-border attacks, also launched an operation in Aug. 2016 named "Euphrates Shield" and cleared the towns of Jarablus, al-Rai, Dabiq and al-Bab from the terrorist group. 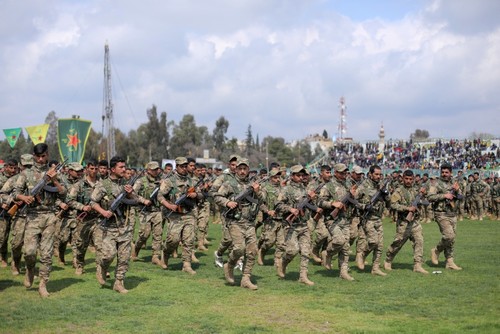 Ankara has long voiced its objection to the use of the YPG in the fight against Daesh, saying it considers YPG's presence on its southern border a grave national security threat. Turkish military liberated Afrin district from the terrorist group with the Operation Olive Branch launched in Jan. 2018.