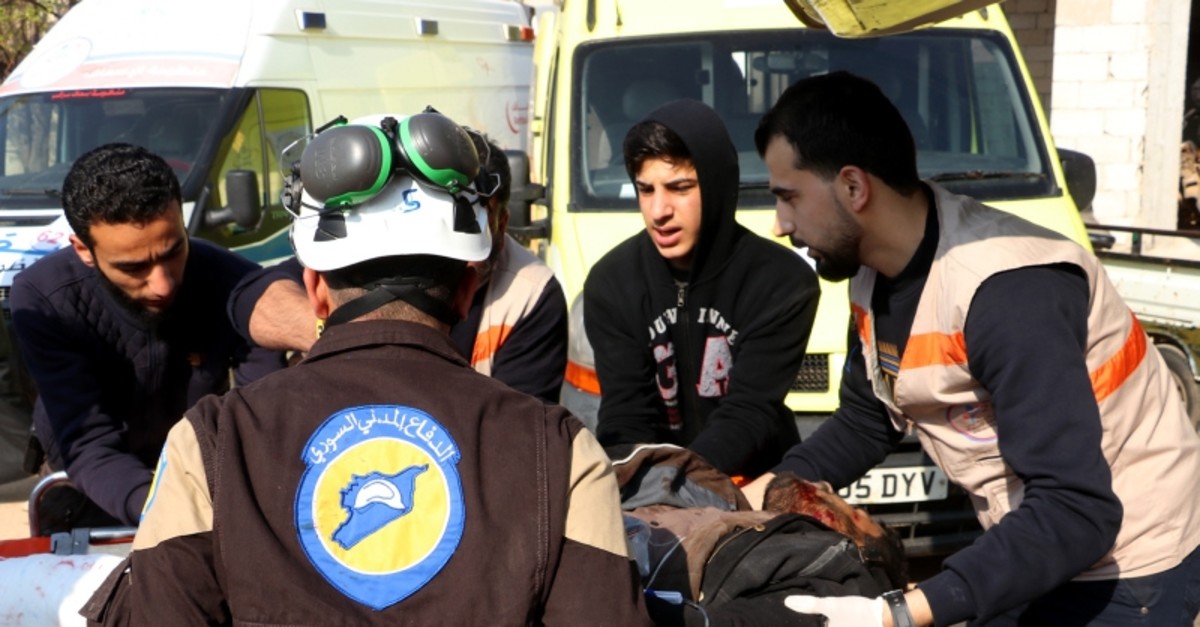 Eleven civilians were killed and 40 others injured on Sunday in rocket attacks by regime forces and Iran-backed militias in Syria's northwestern Idlib province, according to sources with the White Helmets civil defense agency.

The attacks targeted the towns of Maarat Al-Numan, Saraqib and Kafranbel as well as the villages of Maarat Horma, Tal Mannas and Al-Nayrab, the sources said.

The Syrian Observatory for Human Rights said that 10 people, including a child and a woman, were killed in regime shelling on the villages of Nayrab and Saraqib in the opposition-held province of Idlib.

The Britain-based watchdog added that five others, including a woman, were killed in opposition shelling on the town of Masyaf in the western rural part of Hama province.

Earlier reports had put the death toll from the attacks at three.

President Recep Tayyip Erdoğan and his Russian counterpart Vladimir Putin agreed on last September to turn Idlib into a de-escalation zone in which acts of aggression would be strictly prohibited.

However, the agreement has come under strain in recent weeks: the Syrian Observatory for Human Rights said 45 people had been killed in the last five days alone, most of them by regime shelling of opposition-held areas.