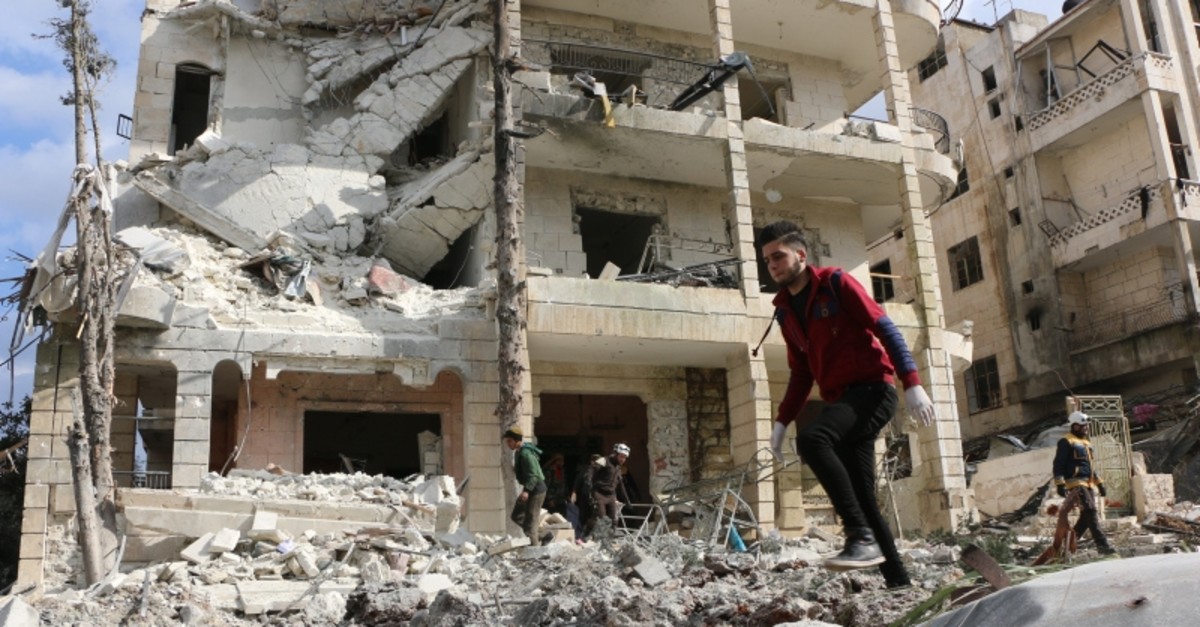 The Bashar Assad regime in Syria and Iran-backed terror groups have attacked Idlib's de-escalation zone 6,422 times in March, according to the White Helmets civil defense agency.

Violating the agreement between Turkey and Russia signed on Sept. 17, 2018, regime forces continue to attack Idlib's south and southeast and Hama's north and northwest regions.

According to the data Anadolu Agency collected from the White Helmets, the pro-regime forces attacked Hama for 3,950 times, Aleppo for 299 times and Idlib for 2,087 times with rockets both from land and air.

White Helmets also recorded 86 airstrikes from the regime forces on civilians in Idlib.

According to a report published by the Syrian Network for Human Rights (SNHR) on April 2, a total of 135 civilians lost their lives in the Assad regime, Iran-backed terrorist groups and Russia's attacks in March.

Between Feb. 9 and April 6, 160,583 civilians from 25,776 families were forced to migrate to areas near the Turkish border, according to local NGOs.

President Recep Tayyip Erdoğan and his Russian counterpart Vladimir Putin agreed in last September to turn Idlib into a de-escalation zone in which acts of aggression would be strictly prohibited.