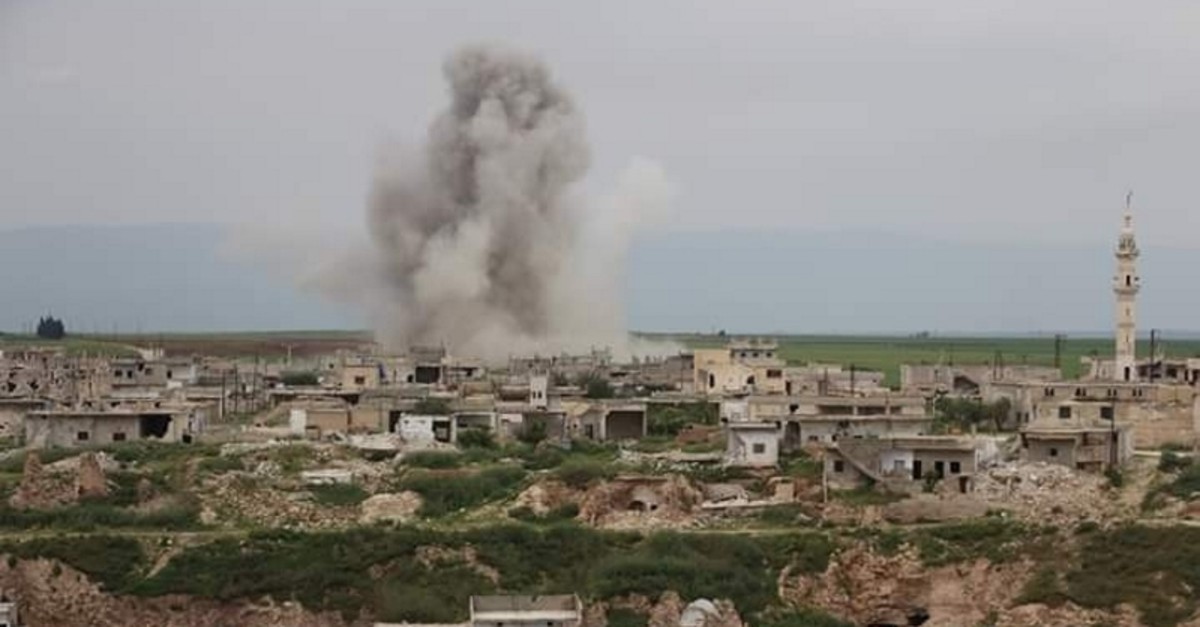 The sources said an unidentified warplane raided late Saturday Qalaat Al-Madiq town and Al-Hawash village, both located in the western countryside of Hama city, within the de-escalation zone.

Sources with the White Helmets civil defense agency said five civilians, including two women, had been killed in the airstrike in Qalaat Al-Madiq.

Hours later, the White Helmets confirmed another woman was killed in today's bombardment in al-Huwayz, northwest of Hama.

According to the Syrian opposition aircraft observatory, Qalaat Al-Madiq and Al-Hawash were targeted by a "Russian jet which took off from the Khmeimim airbase in Syria's western Latakia province."

Last September, Turkey and Russia agreed to turn Idlib into a de-escalation zone in which acts of aggression would be strictly prohibited. However, the Assad regime and its allies, including Russia, have regularly violated the agreement, bombarding residential areas of Idlib and killing dozens of civilians.

The Assad regime and its allies attacked Idlib's de-escalation zone 6,422 times in March, killing 135 civilians, according to data collected by the White Helmets.