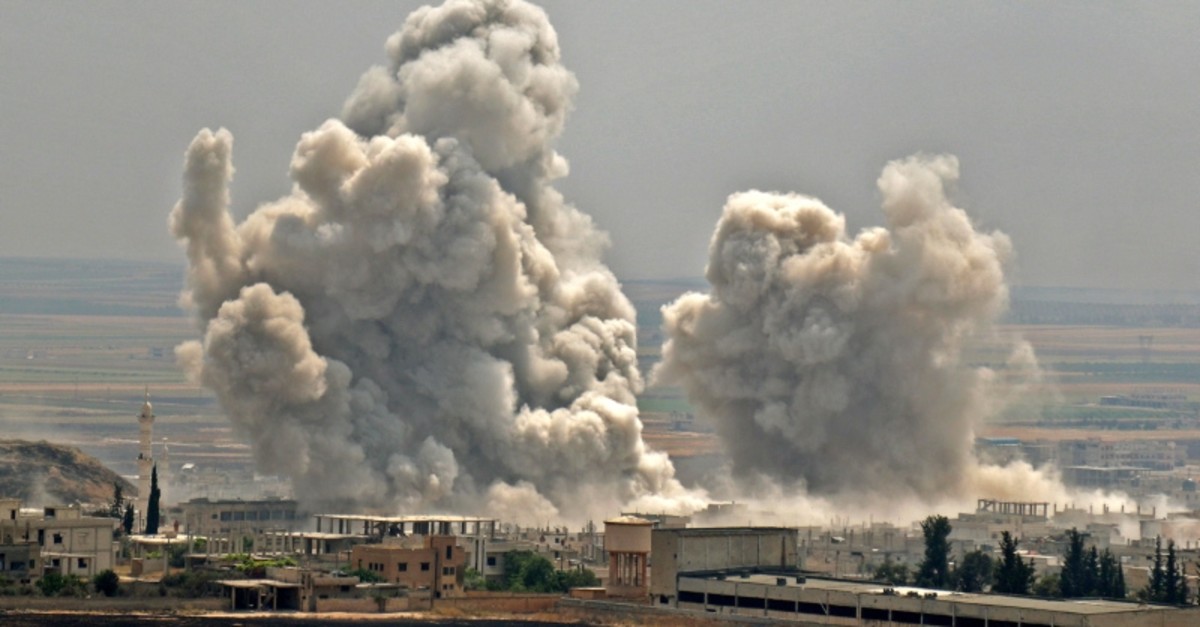 Russia and Turkey have brokered a complete ceasefire in Syria's Idlib province between Syrian regime forces and opposition forces, Russian news agencies cited the Russian military as saying on Wednesday.

The Russian military said the ceasefire applied to the so-called Idlib de-escalation zone and had led to a significant reduction in violence on Wednesday, Russian news agencies reported.

They did not say how long the ceasefire would last.

As attacks by the Syrian regime have escalated since April, hundreds of civilians have been killed, while hundreds of thousands had to flee the area, many of them sheltering at the Turkish border.

Aerial strikes on Monday killed at least 25 people, mostly civilians, in northwestern Syria in the sixth week of a Russian-led military offensive that has so far killed hundreds of civilians, according to residents and civil rescuers.

The Britain-based Syrian Observatory for Human Rights monitoring organization says over 285 civilians have been killed since late April in the enclave, home to almost 3 million people.

Meanwhile, Foreign Minister Mevlüt Çavuşoğlu met with Geir Pedersen, the U.N.'s special envoy for Syria, and discussed the latest developments in the war-torn country. In a tweet after the meeting, Çavuşoğlu said Turkey's main objectives were to preserve the Idlib de-escalation area and advance the political process in Syria.