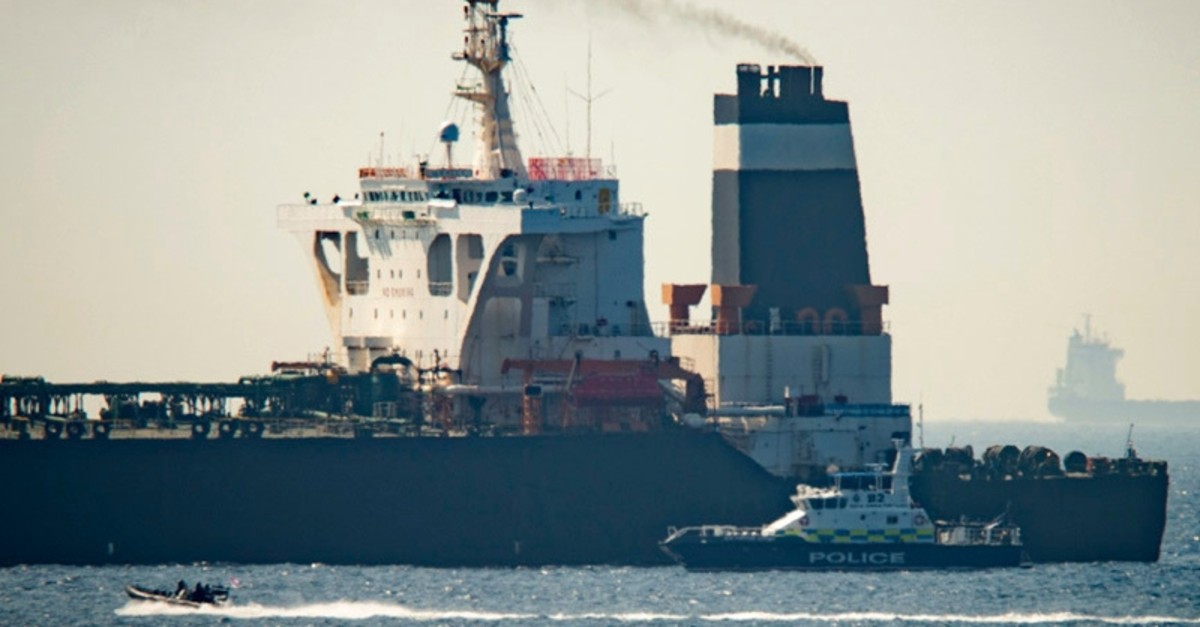 British royal marines and officials in Gibraltar have detained a supertanker suspected of carrying crude oil to Syria, in breach of European Union sanctions, the government of Gibraltar said.

In a statement the government said it had reasonable grounds to believe that the Grace 1 vessel was carrying its shipment of crude oil to the Banyas Refinery in Syria.

"That refinery is the property of an entity that is subject to European Union sanctions against Syria," Gibraltar's Chief Minister Fabian Picardo said.

Spain's caretaker foreign minister said the tanker was stopped by British authorities after a request from the United States.

Josep Borrell told reporters in Madrid that Spain is assessing the implications of the operation because the detention took place in waters it considers its own.

Britain insists Gibraltar is part of the United Kingdom but Spain argues that it is not, and the tanker operation risks offending the Spanish.

"We're looking into how this (operation) affects our sovereignty," said Borrell, who was nominated earlier this week to become the EU's foreign policy chief.

The Spanish claim that the U.S. requested the operation switched attention to whether the tanker was carrying Iranian crude.

The Gibraltar authorities didn't confirm the origin of the ship's cargo but Lloyd's List, a publication specialized in maritime affairs, reported this week that the Panama-flagged large carrier was laden with Iranian oil. Experts were said to have concluded that it carried oil from Iran because the tanker wasn't sending geographic information while in Iranian waters. According to a U.N. list, the ship is owned by the Singapore-based Grace Tankers Ltd.

According to the data firm Refinitv, the vessel likely carried just over 2 million barrels of Iranian crude oil. Tracking data showed that the tanker made a slow trip around the southern tip of Africa before reaching the Mediterranean.

Meanwhile, Britain welcomed the "firm actions" by Gibraltar to detain the supertanker, saying the move sent a clear message that the violation of EU sanctions was unacceptable.

"We welcome this firm action to enforce EU sanctions against the Syrian regime and commend those Gibraltarian authorities involved in successfully carrying out this morning's operation," Prime Minister Theresa May's spokesman said.

"This sends a clear message that violation of the sanctions is unacceptable."

EU sanctions against the regime of Bashar Assad have been in force since late 2011.

The 28-member bloc has imposed sanctions on 277 regime officials including ministers over their role in the "violent repression" of civilians.

It has frozen the assets of some 72 entities and introduced an embargo on Syrian oil, investment restrictions and a freeze on Syrian central bank assets within the EU.