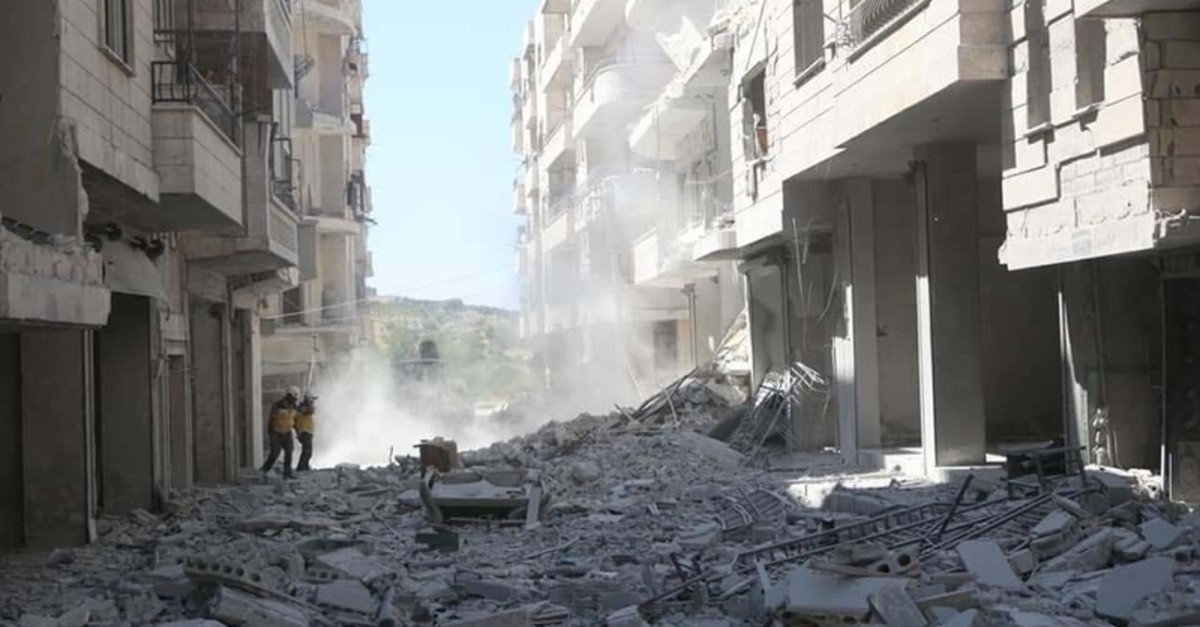 The Assad regime and its Iranian-backed militia allies targeted a school and a hospital, along with other civilian settlements in the Idlib de-escalation zone in Syria, killing nine civilians, including at least three children, and injuring 12 others, local sources said Wednesday.

Regime forces also targeted a school in the Ariha district and a hospital in Jisr al-Shughur, sources said.

The full casualty count from the attacks on the school and the hospital remain unclear, as research and rescue work is continuing in the area.

More than 540 civilians have been killed in regime and Russian airstrikes in northwestern Syria since the end of April, according to the Syrian Observatory for Human Rights.

The United Nations says 25 health facilities in the region have been hit.

As the opposition's last enclave, Idlib's prewar population of 1.5 million has swelled to around 3 million with new refugee waves after it was designated a de-escalation zone under the Astana agreement between Turkey, Russia and Iran in May 2017 to pave the way for a permanent political solution in Syria.

Following eight months of calm provided by the Sochi deal, the Assad regime intensified its attacks starting April 26 under the pretext of fighting the Hayat Tahrir al-Sham (HTS) terrorist group holed up in Idlib.