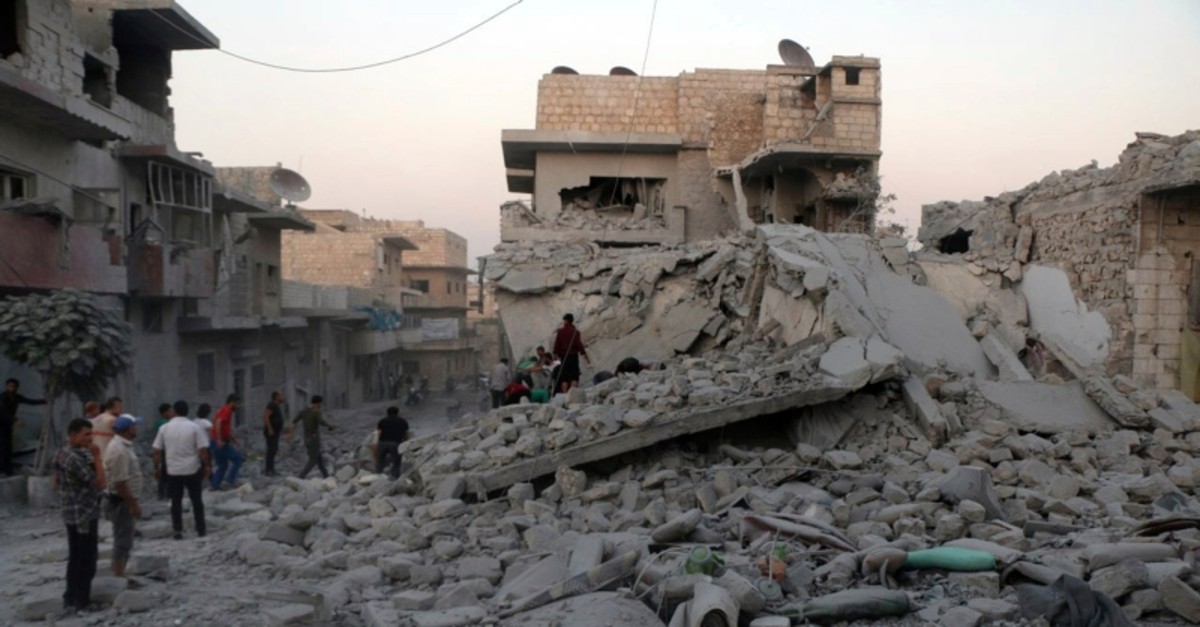 This photo released Wednesday, Aug. 28, 2019 by the opposition Syrian Civil Defense rescue group, also known as White Helmets, which has been authenticated based on its contents and other AP reporting, shows people searching for victims (AP Photo)
by Sep 11, 2019 12:12 pm

Russian airstrikes in northwest Syria killed an elderly man overnight, the first such casualty since Moscow declared a ceasefire in the region on Aug. 31, a war monitor said.

The truce, which brought a halt to four months of devastating bombardment by the regime and its ally Russia on Idlib province, had held despite persistent skirmishes on the ground.

But on Tuesday, Russia carried out its first airstrikes in the area since the ceasefire began, according to the Syrian Observatory for Human Rights.

The bombardment continued before dawn on Wednesday in the village of Al-Daher where a 75-year-old man was killed, the Britain-based monitor said, adding that the air raids had since stopped.

The victim -- Ahmad Issa al-Moussa -- had been displaced to Idlib from Syria's second city of Aleppo several years ago, an AFP correspondent said.

"We were asleep... when we heard the sound of a missile falling 50 meters away," said Abu Anas, the victim's son.

The 31-year-old man said his father was slow to evacuate their home because of difficulty walking.

He died when a second airstrike hit 2 meters away from him, the son added.

The truce was the second such agreement between the Assad regime and extremists and opposition groups since August 1. The previous one collapsed after just a few days.

The Hayat Tahrir al-Sham alliance led by Al-Qaida's former Syria affiliate controls most of Idlib as well as parts of neighboring Aleppo and Latakia provinces.

The region of around three million people is one of the last holdouts of opposition to forces of Bashar al-Assad.