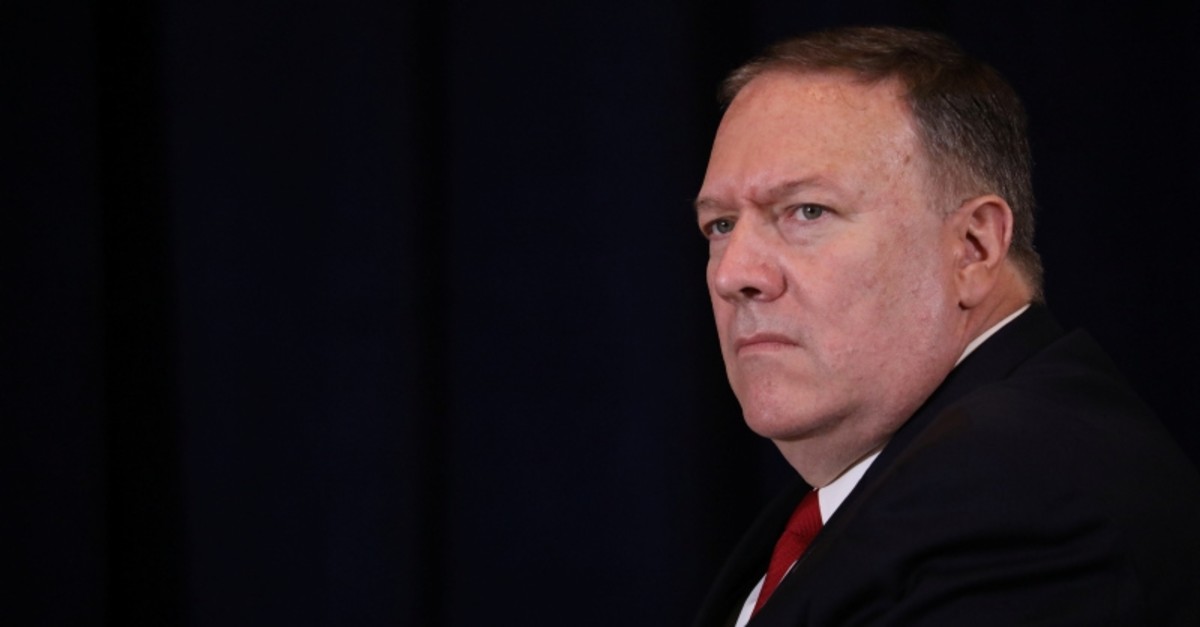 The U.S. has warned Syria's Bashar Assad regime for allegedly using chlorine gas in an attack on Latakia on May 19.

"The U.S. will not allow these attacks to go unchallenged, nor will we tolerate those who choose to conceal these atrocities," U.S. Secretary of State Mike Pompeo told reporters in New York on Thursday, where he was taking part in the U.N. General Assembly.

The regime has an appalling record of using chemical weapons against civilians since the beginning of the Syrian civil war in 2011.

According to the U.S., the latest attack in Latakia was part of the regime's brutal offensive to take back Syria's last opposition stronghold, Idlib. However, no fatalities were reported in the attack.

"The U.S. will continue to pressure the insidious Assad regime to end the violence directed at Syrian civilians and participate in the U.N.-led political process," Pompeo said.

He later took part in a meeting on Syria with his counterparts from France, Germany, Saudi Arabia, Jordan and Egypt, who said in a joint statement: "The use of any chemical weapons in Syria shall not be tolerated."

During the process, the Organization for the Prohibition of Chemical Weapons (OPCW) requested that all chemical weapons stockpiles be destroyed and on Aug. 19, 2014, announced that this process was completed.

However, an attack on Khan Sheikhoun on April 4, 2017, revealed that the regime still had chemical weapons. Over 100 civilians died in the attack and more than 500 people were affected by the poisonous gas.

In response, the U.S. on April 7, 2017, conducted a limited operation on the Shayrat Air Base from where the planes carrying the chemical weapons had taken off from.

After examining the urine and blood samples of the victims, the OPCW confirmed on April 19, 2017, that sarin gas was used in the attack.

Speaking on the issue U.S. special representative for Syria James Jeffrey said four people were injured in the latest attack but there were no deaths. It was the first known chemical attack in a year and raised fears of further use.

"We fear that the regime, which has very weak infantry forces, will try to use chemical weapons once again to make up for its inability to seize areas through combat," Jeffrey told reporters.

The use of chemical weapons has become systematic in Syria's seven-year war, but political rifts between Western powers and Russia have hamstrung the U.N. and the OPCW, leaving them unable to act against violations of international law.

According to a report by the Syrian Network for Human Rights (SNHR), the regime has carried out 222 chemical attacks since 2012, killing at least 1,461 people.

With 193 member states, the OPCW is the U.N.-supported global body established to rid the world of chemical weapons. The Assad regime joined the OPCW in 2013, agreeing to give access to weapons inspectors, in a move to avert air strikes threatened by the Obama administration.

The use of chlorine as a chemical weapon is prohibited under the 1997 Chemical Weapons Convention. If inhaled, chlorine gas turns into hydrochloric acid in the lungs and the buildup of fluids can drown victims.