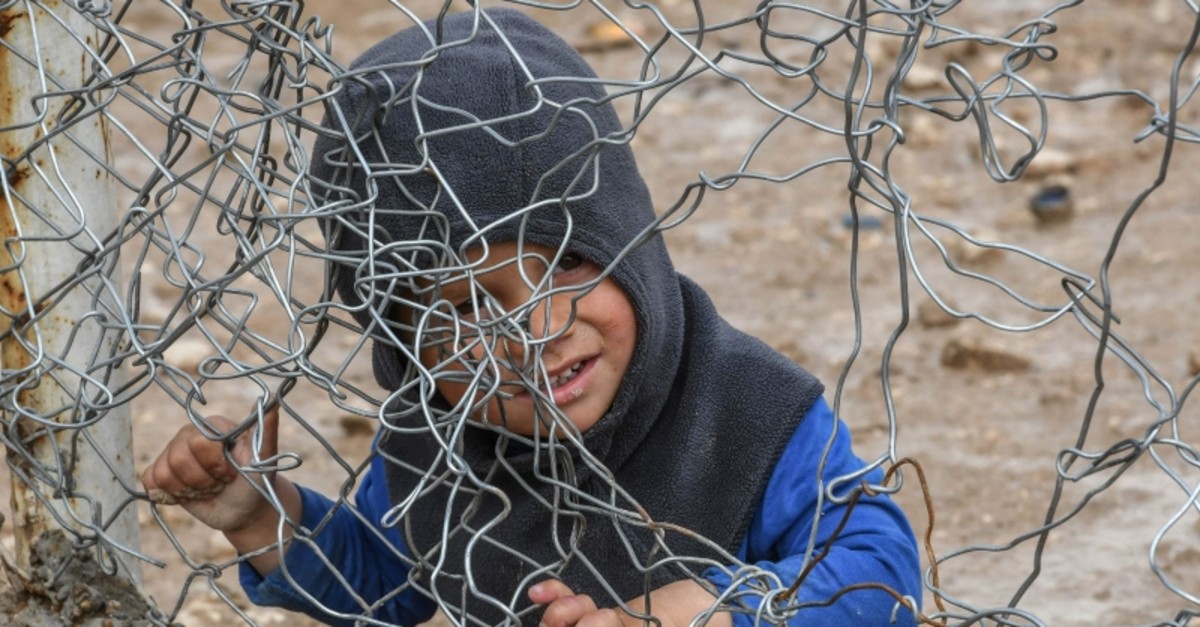 A child sits behind a wire fence in al-Hol camp, which houses relatives of Daesh terrorist group members, in al-Hasakeh governorate in northeastern Syria on March 28, 2019. (AFP Photo)
by Daily Sabah Oct 01, 2019 4:18 pm

Al-Hol has previously come under fire several times for inhumane conditions and oppression by the YPG, which is the Syrian branch off the PKK terrorist group.

Citing local sources, AA said that the female refugees have been protesting poor conditions in the camp and oppression by the YPG terrorists, who have recently begun to separate children age 12 and under from their mothers.

The YPG members violently clamped down on the protests, killing one of the women.

The camp is a holding place for civilians who escaped the conflict between Daesh terrorist group in Deir el-Zour, along with the families of former Daesh members who surrendered and captured terrorists. Most of the civilians were forcefully brought to the camp by the YPG in April 2017, according to the reports.

Several human rights organizations along with the United Nations have repeatedly warned that conditions in the Al-Hol camp are worsening each day and have demanded access to the centers where the families of former Daesh members are being held.