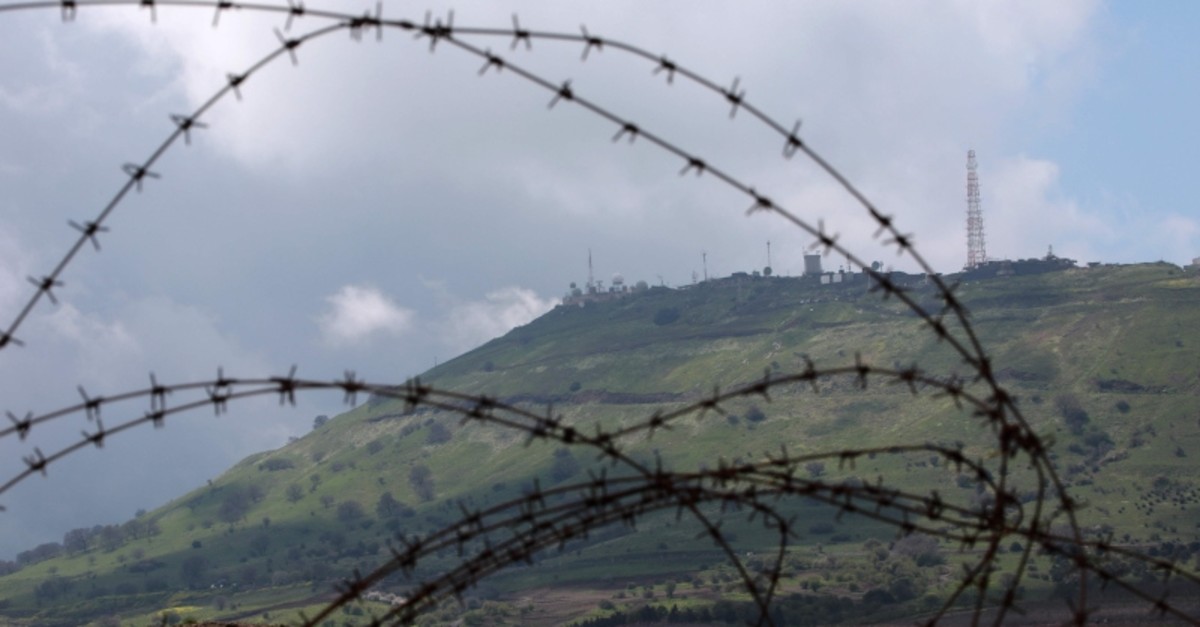 The Syrian Turkmen Association on Sunday decried Israeli Prime Minister Benjamin Netanyahu's statements against Turkey's Operation Peace Spring in northern Syria, voicing its hope of returning to historic Turkmen lands in the Golan Heights, which was illegally annexed by Israel.

"First of all, we would like to point out that no constituent ethnic element of Syria (Arabs-Kurds-Turkmens) is the target of the Operation Peace Spring carried out by the Syrian National Army and Turkish Armed Forces. Only the brutal terrorist organizations (People's Protection Units) YPG/PKK and Daesh are the targets of this operation," the association said in a statement released to the public.

"We would like to remind Netanyahu, who accused the Operation Peace Spring as 'occupation,' the United Nations Security Council Resolution 497 (1981) that did not recognize the Israeli annexation of Golan Heights, an ancient Turkmen homeland, and considered Israel's presence in the region as occupation violating international law," Syrian Turkmen Association said.

The association will pursue "the rights of tens of thousands of Golan Turkmens who have been forcefully displaced by both Israel and Assad Regime," the statement said, adding that once Syria is cleared of terrorist groups, the Syrian Turkmens will seek to return to their lands.

The Syrian Turkmen Assembly emphasized that it has no feud with the Jewish community in the Middle East.

"We come from a tradition that never tolerates systematic discrimination against any ethnic or religious community. In this sense, we will continue to live brotherly in the Middle East with our Jewish friends; however, we will continue to fight against those who violate international law, such as Netanyahu," the statement clarified.

Israel occupied Golan Heights during the 1967 Arab-Israeli War. It later "annexed" the territory in 1981 in a move unanimously rejected at the time by the U.N. Security Council.

U.S. President Donald Trump signed a proclamation in March recognizing Israeli sovereignty over the disputed Golan Heights. However, according to the U.N., the Golan's legal status remains unchanged and is still considered "occupied territory" under international law.

During the Six-Day War, fought between June 5-10, 1967, by Israel and the neighboring states of Egypt (known at the time as the United Arab Republic), Jordan and Syria, Israel seized the Golan Heights from Syria. Israeli settlements in the Golan began soon after the war. Israel has been seeking to maintain its grip on the Golan Heights mainly because of its geostrategic significance due to the existence of water resources and its physical location.