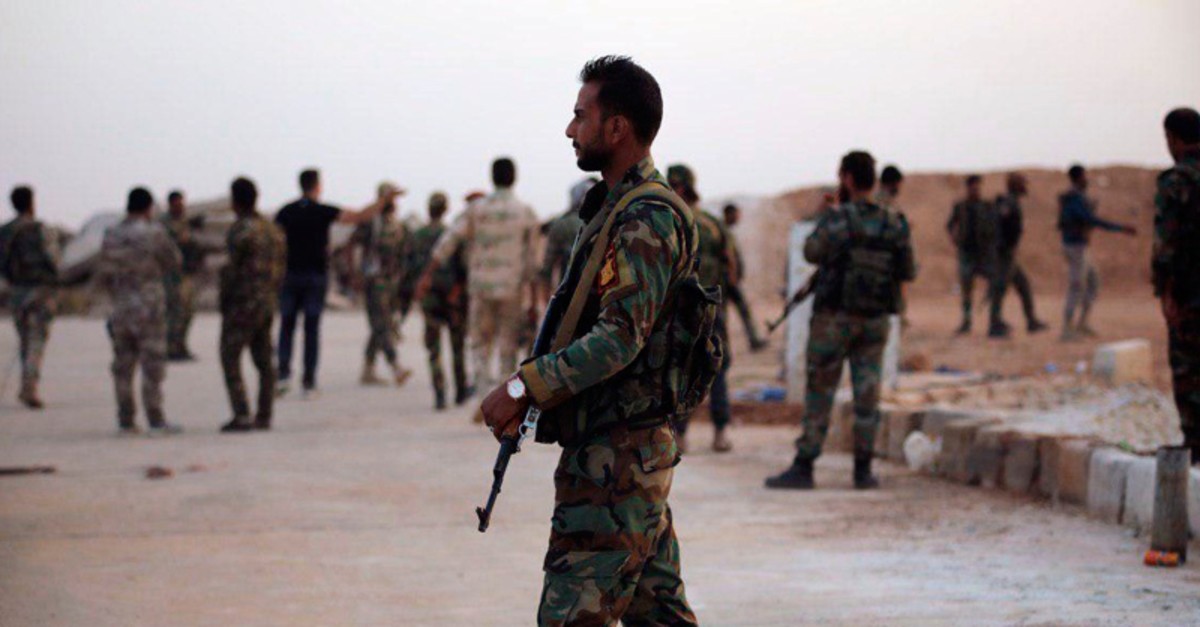 A group of soldiers loyal to the regime of Bashar Assad has entered the Syrian city of Raqqa and begun setting up some observation posts, a report said Wednesday.

The report by pro-regime al-Mayadeen TV came days after People's Protection Units (YPG) terrorists, who seized the city from Daesh, cut a deal with Assad for his troops to deploy at the border.

The US-backed coalition later withdrew troops from Raqqa and from another city under control of the YPG terrorists, Tabqa.

The operation, conducted in line with the country's right to self-defense borne out of international law and U.N. Security Council resolutions, aims to establish a terror-free safe zone for Syrians return in the area east of the Euphrates River controlled by the U.S.-backed SDF.