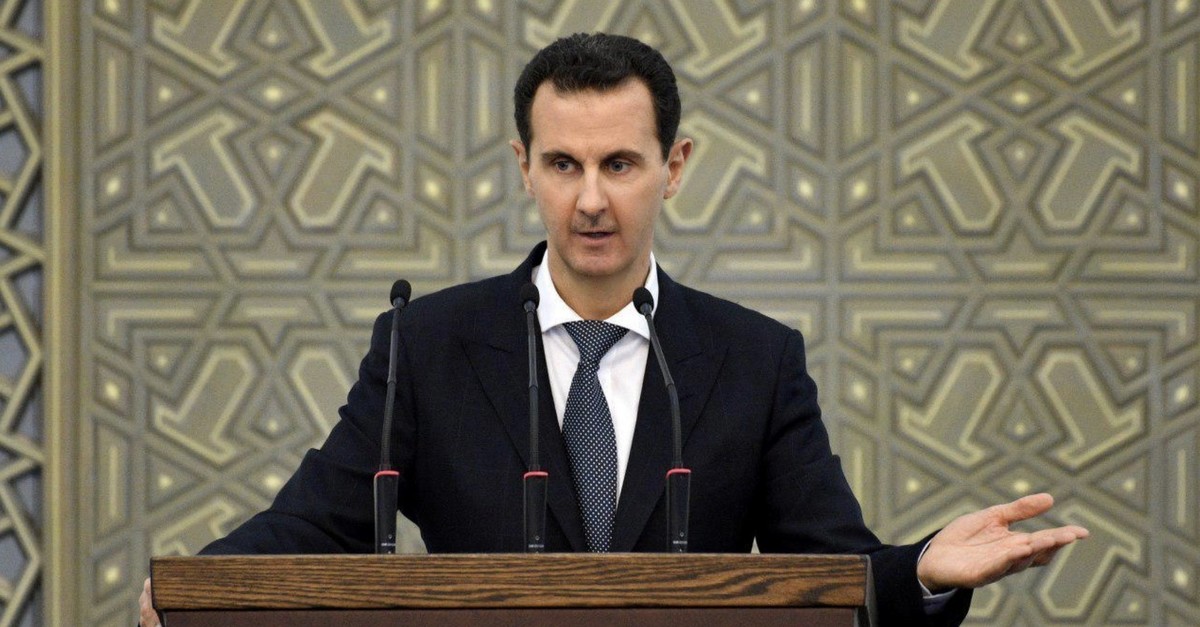 Syria's Bashar al-Assad said on Thursday that his administration's ultimate goal was to restore regime authority over areas controlled by PKK's Syrian wing People's Protection Units (YPG) terrorists in northeastern Syria after an abrupt U.S. troop withdrawal but said this would happen gradually.

In a state television interview Assad also said that a deal between President Tayyip Erdoğan and Russian President Vladimir Putin to drive out the YPG terrorists from a 30 km (19 mile) "safe zone" along the border was a "positive" step that would help Damascus achieve its goal.

"It might not achieve everything ... it paves the road to liberate this area in the near future we hope," said Assad, who has remained in power in Damascus through a more than eight-year-long civil war with the backing of Russia and Iran.

The U.S.-backed YPG terrorists reached a deal with Damascus to take up positions near the border after U.S. President Donald Trump's announcement in early October that he was withdrawing American forces from northeastern Syria.

YPG terrorists would not be asked to immediately hand over their weapons when the Syrian army enters their areas in a final deal with them that brings back state control to the swathe of territory they now control, Assad said.

"There are armed groups that we cannot expect they would hand over weapons immediately but the final goal is to return to the previous situation, which is the complete control of the state," he said.

Assad also said Trump's decision last week to keep a small number of U.S. troops in the YPG-held areas of Syria "where they have the oil" showed that Washington was a colonial power that was doomed to leave once Syrians resist their occupation as in Iraq.