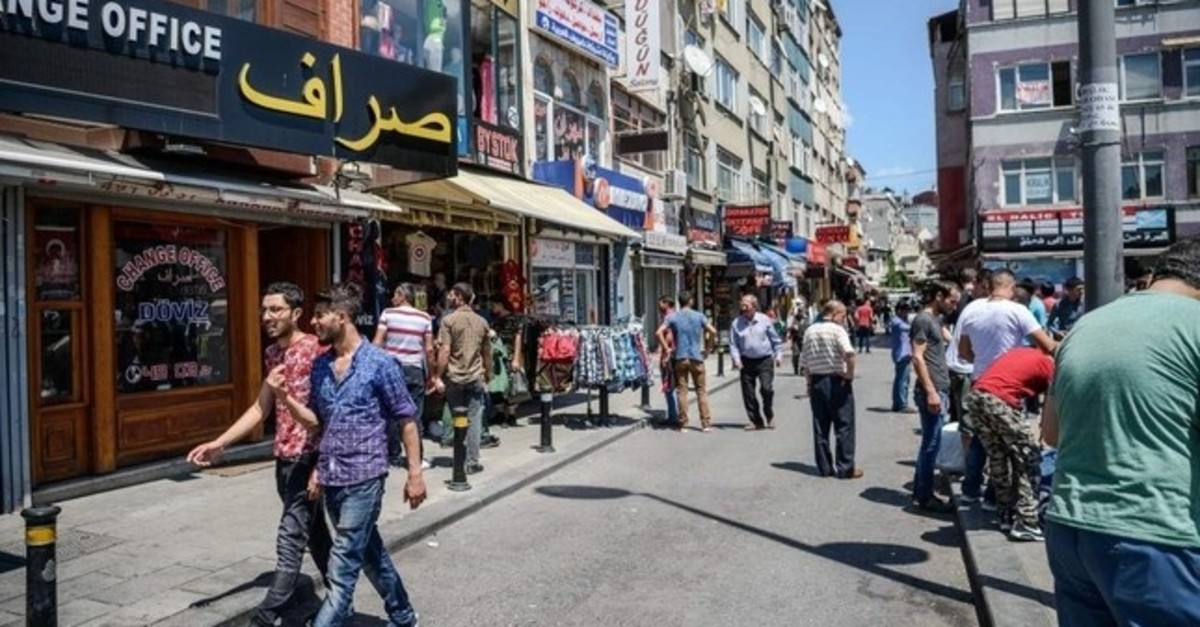 Syrian and Turkish people walk in a street next to shops with Arabic letters in Fatih district, Istanbul in this undated photo. (AFP Photo)
by Anadolu Agency Nov 11, 2019 8:12 pm

Turkey and the UN High Commissioner for Refugees (UNHCR) discussed Monday voluntary repatriation of Syrians to their home country, according to Turkey's Foreign Ministry.

"Discussions took place today (11 November) in Geneva on the voluntary repatriation of Syrians between the respective teams of Turkey and the UN High Commissioner for Refugees (UNHCR) [...]," the ministry said in a written statement.

It added that the meeting held under the auspices of Turkey's Deputy Minister of Foreign Affairs Yavuz Selim Kiran and Assistant High Commissioner for Protection Gillian Triggs.

The ministry noted that follow-up discussions will be held in Turkey, without specifying a date.

"Turkey, hosting the largest refugee population in the world, remains committed to working with UNHCR on all refugee matters, including durable solutions for Syrians," it added.

Turkey launched Operation Peace Spring in early October to eliminate the terrorist YPG/PKK from northern Syria east of the Euphrates River in order to secure Turkey's borders, aid in the safe return of Syrian refugees, and ensure Syria's territorial integrity.