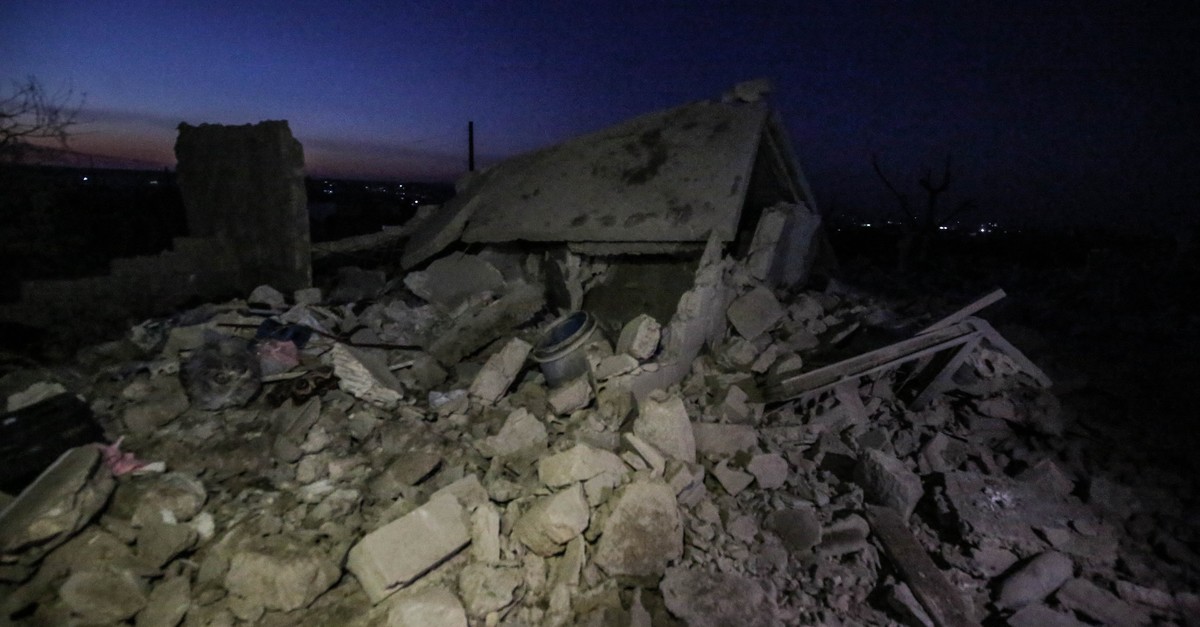 Attacks by Bashar Assad's forces in Syria and air raids by his ally Russia killed at least 14 civilians including eight children in Idlib province on Wednesday, a monitoring group said.

The Syrian Observatory for Human Rights said a ground-to-ground missile fired by regime forces that hit a makeshift camp for the displaced near Qah village close to the border with Turkey killed eight civilians, including four children, and wounded around 40 others.

Elsewhere, "Russian military aircraft" targeted the town of Maaret al-Numan in the south of the province, it said, and "six civilians were killed, among them four children".

A number of people were wounded in the raid, some "in a critical state", and the toll there was likely to rise, the Britain-based monitor's head Rami Abdel Rahman reported.

The Assad regime also carried out mortar, gun, and rocket attacks in four villages of Idlib.
The death toll from the attacks on residential areas in the Idlib de-escalation zone over the last month totals 75, including 13 children, said the White Helmets.
Turkey and Russia agreed in September 2018 to turn Idlib into a de-escalation zone where acts of aggression are expressly prohibited.
The Syrian regime and its allies, however, have consistently broken the terms of the cease-fire, launching frequent attacks inside the zone.
The de-escalation zone is currently home to some four million civilians, including hundreds of thousands displaced in recent years by regime forces from throughout the war-weary country.
Syria has been locked in a vicious civil war since early 2011, when the regime cracked down on pro-democracy protests with unexpected ferocity.
Since then, hundreds of thousands of people have been killed and more than 10 million others displaced, according to U.N. officials.
Last Update: Dec 20, 2019 1:49 am
RELATED TOPICS