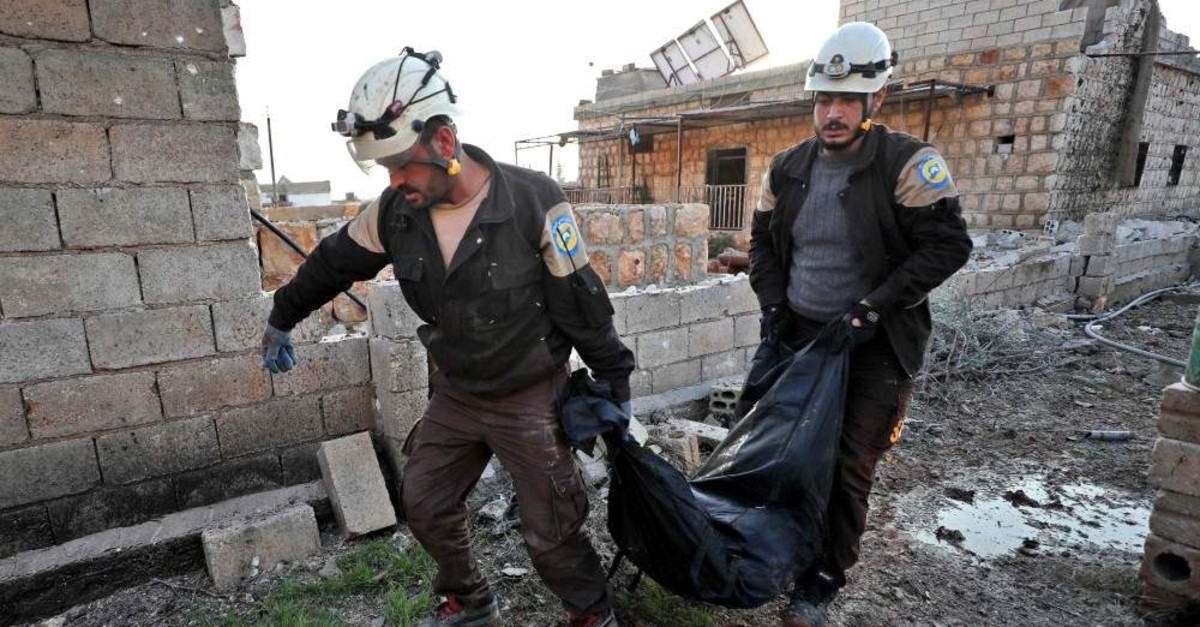 Members of the Syrian Civil Defense, also known as the White Helmets, carry the body of a victim after reported Russian airstrikes in Maar Shimmareen village in Syria's northwestern Idlib province on Dec. 16, 2019. (AFP)
by Anadolu Agency Dec 16, 2019 11:49 pm
At least five civilians were killed and nine others injured in Russian airstrikes on the Idlib de-escalation zone in northwestern Syria on Monday, according to a local civil defense agency.
Two children were killed and five others injured in an airstrike on Binnish town. Another airstrike in Maar Shimmareen village left two women and one child dead as well as four others injured, the White Helmets said.
Meanwhile, the Assad regime hit a school in Maar Shimmareen with a barrel bomb, the group said, adding that a rescue operation is underway.
Over 1,300 civilians have been killed in the Idlib de-escalation zone since Moscow and Ankara reached a cease-fire deal in September 2018. Over 1 million Syrians have moved near the Turkish border following intense attacks.
Since the eruption of the bloody civil war in Syria in 2011, Turkey has taken in over 3.6 million Syrians who fled their country, making Turkey the world's top refugee-hosting country.
Last Update: Dec 20, 2019 2:27 am
RELATED TOPICS