US forces block another Russian convoy in Syria as tensions rise 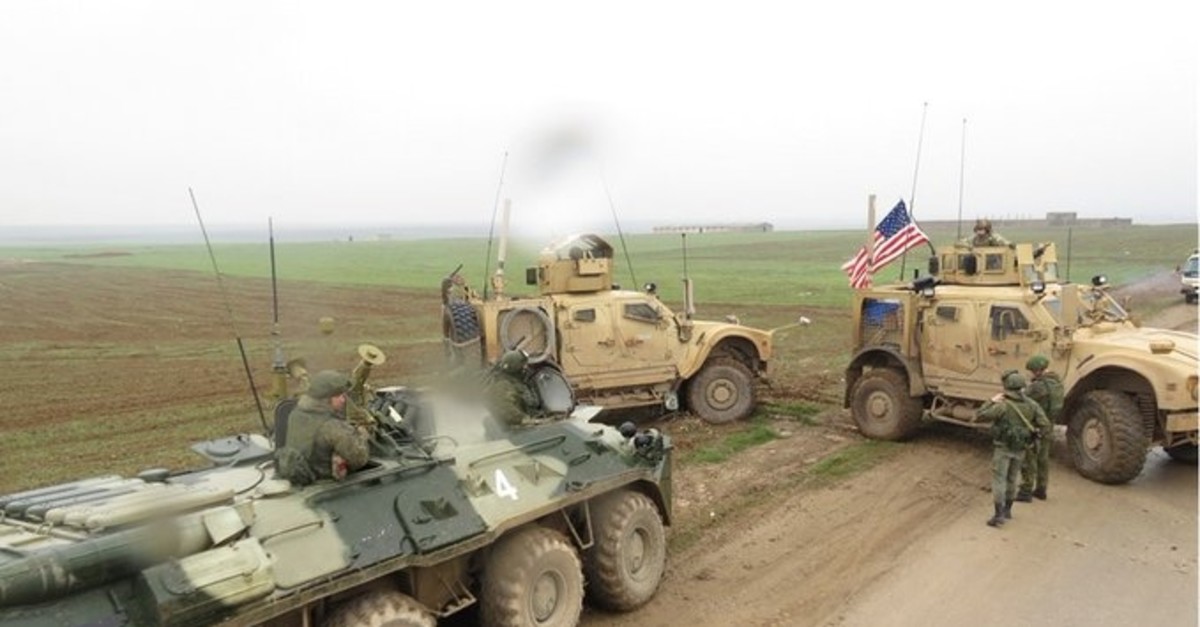 The photo shared in a pro-Russian Telegram channel (@new_militarycolumnist)
by Daily Sabah with AA Feb 07, 2020 1:19 am

U.S. forces prevented the free movement of Russian troops in the east of Syria's Qamishli for the third time, reports said Wednesday.

The move comes amid an ongoing dispute between the U.S. and Russia over the Rumeylan oil field in northeast al-Hasakah.

The Russian convoy, which consisted of five armored personnel carriers and a pickup truck, was forced to return to where they came from.

Last week on Thursday, YPG/PKK terrorists prevented Russian soldiers from passing through the city of Qamishli to establish a military zone near the Rumeylan oil field.

In its more than 30-year terror campaign against Turkey, the PKK – listed as a terrorist organization by Turkey, the U.S. and EU – has been responsible for the deaths of nearly 40,000 people, including women, children and infants. The terrorist YPG is the PKK's Syrian offshoot.