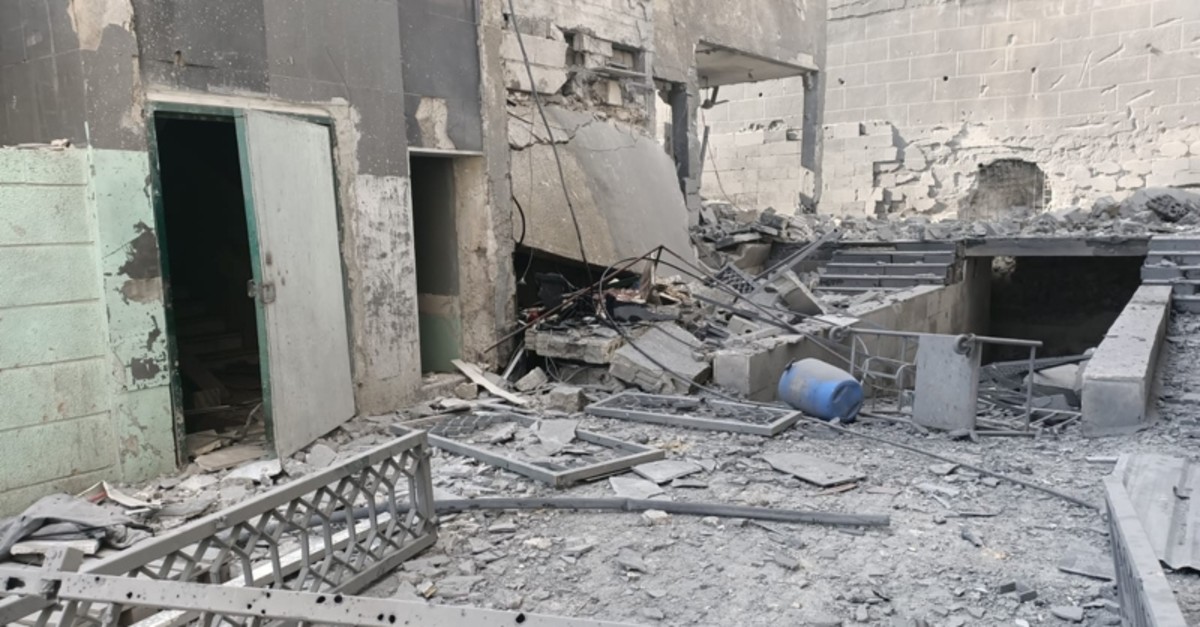 A hospital destroyed after bombardments by Assad regime and Russia (AA Photo)
by Daily Sabah with Wires Feb 17, 2020 7:27 pm

United Nations called for cease-fire in Idlib late Monday, where there is a humanitarian disaster due to heavy bombardments by Assad regime and Russia.

The UN added that 900,000 people, most of them women and children, have been displaced since the start of December due to a Russian-backed regime offensive in northwest Syria.

That figure is 100,000 more than the United Nations had previously recorded.

"The crisis in northwest Syria has reached a horrifying new level," said Mark Lowcock, the UN head of humanitarian affairs and emergency relief.

He said the displaced were overwhelmingly women and children who are "traumatized and forced to sleep outside in freezing temperatures because camps are full. Mothers burn plastic to keep children warm. Babies and small children are dying because of the cold."

The Idlib region, including parts of neighbouring Aleppo province, is home to some three million people, half of them already displaced from other parts of the country.

Backed by heavy Russian airstrikes, the regime forces have been fighting since the start of the year to recapture the Aleppo countryside and parts of neighboring Idlib province where anti-Assad opposition forces hold their last strongholds.