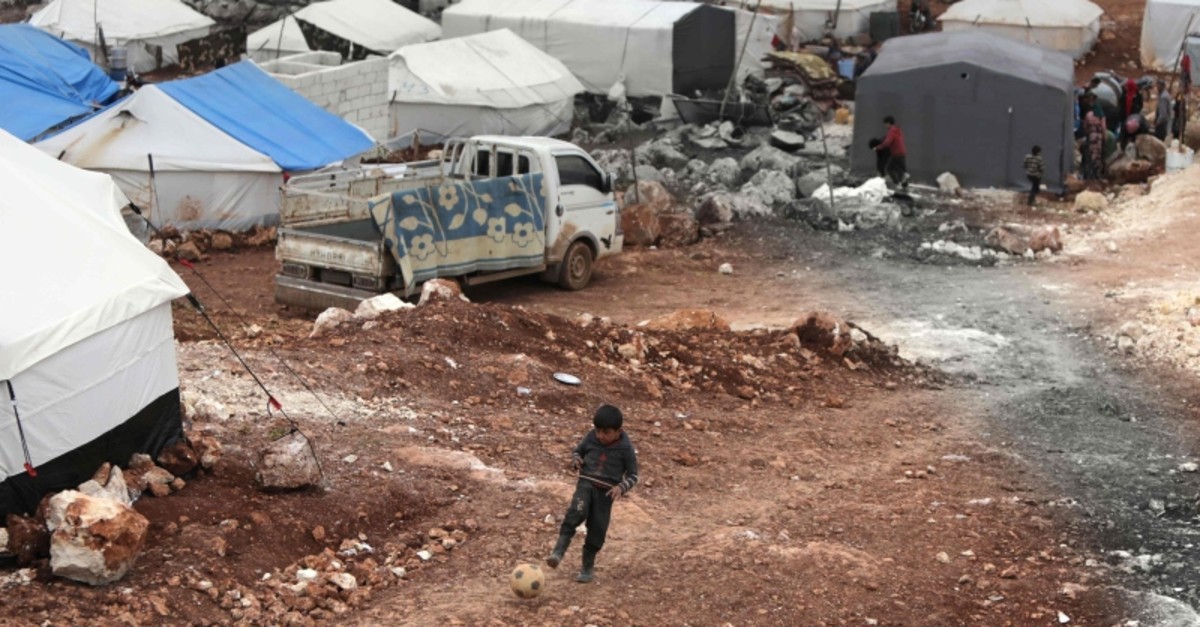 Hundreds of thousands of people fleeing a Russian-backed Syrian offensive are being squeezed into even smaller areas near Turkey's border "under horrendous conditions" in below-freezing temperatures that are killing babies and young children, the U.N. humanitarian chief said Wednesday.

He said nearly 900,000 people have been displaced since Dec. 1 when the government offensive began, more than 500,000 of them children.

"Many are on foot or on the backs of trucks in below-freezing temperatures, in the rain and snow," Lowcock said. "They are moving into increasingly crowded areas they think will be safer. But in Idlib, nowhere is safe."

The undersecretary-general for humanitarian affairs said almost 50,000 people have taken shelter under trees and in open spaces and "I am getting daily reports of babies and other young children dying in the cold."

"Hostilities are now approaching densely populated areas such as Idlib city and Bab al-Hawa border crossing, which has among the highest concentration of displaced civilians in northwest Syria and also serves as a humanitarian lifeline," he said.

Pedersen warned: "The potential for further mass displacement and even more catastrophic human suffering is apparent, as an increasing number of people are hemmed into an ever-shrinking space."

He said Russia and Turkey, as sponsors of a cease-fire in Idlib, "can and must play a key role in finding a way to deescalate the situation now," though meetings between delegations of the two countries in Ankara, Munich and Moscow in recent days and contacts between the two presidents have not produced results.

"To the contrary, public statements from different quarters, Syrian and international, suggest an imminent danger of further escalation," Pedersen said.