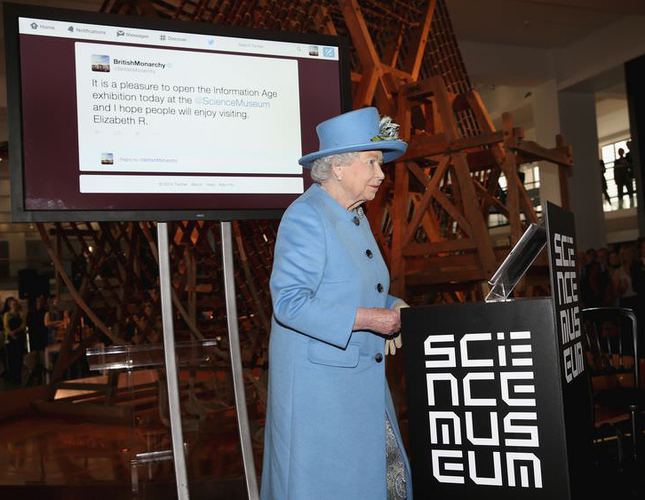 The 88-year-old monarch tried her hand at Twitter as she opened a new gallery in central London's Science Museum Friday.

The queen removed a glove to type on a touchscreen tablet, writing "I hope people will enjoy visiting" the exhibition. She sent it through the official British monarchy account on the social media website, as some 600 guests looked on.

"Elizabeth R" is how the queen signs official documents. The "R'' stands for "regina", the Latin for queen.

Most members of the royal family do not tweet personally they are represented by official accounts managed by spokespeople.

The gallery, called "Information Age," explores the technological breakthroughs that have changed communication.

The queen was the first monarch to send an email, in 1976 when the technology was in its infancy. 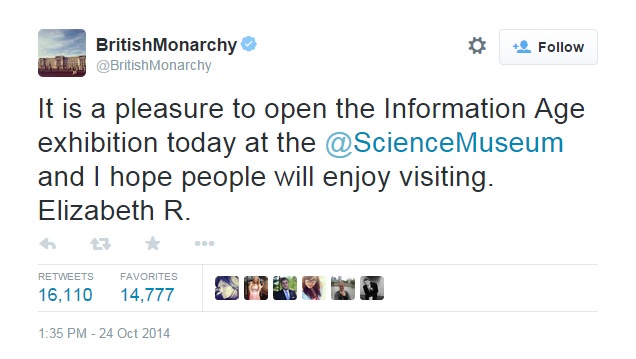