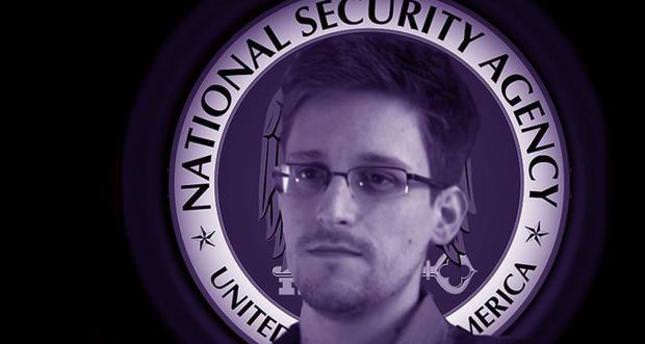 by Çetin Kaya Koç Mar 22, 2014 12:00 am
Most people who know of Edward Snowden and what he did seem to have a strong opinion of him. He is either a hero or a traitor. There are other labels too, including whistleblower, patriot, dissident and spy. Last week Snowden spoke to a technology and media crowd at the South by Southwest (SXSW) conference via Google+ from an undisclosed location. There was no question that the SXSW participants liked him. In short, Snowden said, "The United States is setting fire to the Internet and only the technology community can really fix things."

Snowden was an employee of the Central Intelligence Agency (CIA) and a contractor for the National Security Agency (NSA). In May 2013, he flew to Hong Kong and met with journalists Glenn Greenwald and Laura Poitras. Within a month, he shared thousands of documents via various media outlets about the NSA's massive data surveillance programs. We now know that he believed these surveillance methods were undermining the U.S. Constitution, since everyone including U.S. citizens is effectively wiretapped without proper case-by-case authorization from U.S. courts.The U.S. Justice Department responded swiftly by charging him with espionage and revoking his passport in June 2013. He then flew to Moscow, having been granted temporary asylum from the Russian government, where he apparently still remains. Until now, Snowden has not been easily available for interviews. A week after the SXSW he connected to a TED event in British Columbia via a video chat, promised that he still has more documents to disclose and "probably the most important reporting is yet come."

Coincidentally, March 12 was also the 25th anniversary of the Internet, an invention that changed humanity and created a new virtual world. In a world where we read our news, share our family pictures, chat with our friends, and do our banking online, it is hard to believe the web did not exist 25 years ago. Tim Berners-Lee, a physicist at CERN, wrote a short paper describing the World Wide Web as an information management tool. He later developed the HyperText Transfer Protocol (HTTP) and HyperText Markup Language (HTML), and the first ever web browser.

If we are to believe what Snowden is telling us, and we should, Berners-Lee's vision of the web is under threat as never before. The forces of commerce are pushing the web in their own direction, wanting to track the ubiquitous consumer. They want to know what people need and want, and how they can be informed of opportunities and connections to the outlets of product and service ads and promotions. On the other hand, government agencies and spies seem to have completely different agendas and goals, more importantly, perhaps different unacceptable methods. Pressed by the need to track the movements, goals, and identities of potential threats, they seem to march in a direction that Snowden sternly warns us about, toward a wholesale surveillance of the every movement of all world citizens on the Internet.

Snowden believes we should encode our values into the structure of Internet. On the other hand, Berners-Lee is calling for an Internet Bill of Rights. He believes people should get the web they want: completely free, accessible and privacy-protected. Technology can provide the tools for accomplishing the values we want. We can build cables, routers, computers, servers and network that keep track of people as they read, write, shop and convene. Or we can build an Internet that provides the best possible privacy as people do all of that. How far we can go is limited only how much we are willing to do. The Internet we enjoyed for the last 25 years is dangerously close to being completely destroyed. We cannot allow that to happen.

If we encrypt every piece of data we produce, transfer, and store, if all of our connections are done via encrypted- tunnel technologies such as SSL, we will be better off as citizens. "I have nothing to hide" is not a relevant argument here. The experience of our recent past has shown us that very clearly. Today, encryption is everywhere on the Internet, however, it is rarely and highly selectively used. Every time we bank or shop encryption protocols surface and protect our passwords and credit card numbers.

However, encryption can be used at all times for all connections. The electrical energy and time spent for this extra work is worth it if we believe our values should be better represented in the structure of the Internet.

This is what post-Snowden Internet is all about.