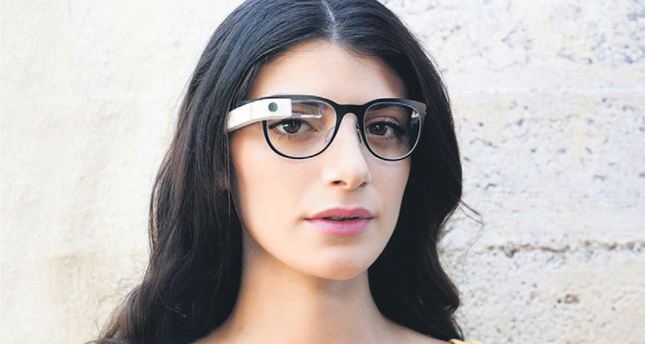 Ray-Ban the leading eyewear company pairs up with Google to give you a clearer vision into the future. Their new product is expected to show the world through a new set of eyes. The trendy glasses are expected to be available in 2015

SAN FRANCISCO — Google stated that it is joining forces with the frame giant behind Ray-Ban and other high-end brands to create and sell Internet- connected eyewear in the United States.

The California-based technology titan billed the partnership with Luxottica as its "biggest step yet into the emerging smart eyewear market."

Luxottica brands include Oakley, Alain Mikli, Ray-Ban, and Vogue-Eyewear. The first smart glasses by Luxottica for Google Glass will go on sale in 2015, the head of the Italian eyewear group said Tuesday. The tie-up between the firms "is an incredible example of the period we are living in," Andrea Guerra said in an interview with Italy's La Repubblica daily. "In five to seven years gigantic new markets have opened up around the world. We are in the middle of a process of creative destruction, the boundaries between sectors are collapsing."

The announcement in a Google blog post came as the web titan sought to burnish the Glass image ahead of its expected debut in the U.S. market this year.

Google last week sent out a release to debunk Glass myths including that it invades privacy, distracts wearers, and is for "technology-worshipping geeks." "If someone wants to secretly record you, there are much, much better cameras out there than the one you wear conspicuously on your face and that lights up every time you give a voice command or press a button," Google said. "If a company sought to design a secret spy device, they could do a b e t t e r j o b than Glass." Google's Internet-connected eyewear is currently in a test phase with a small number of so-called "explorers." During the testing, developers are creating apps for Google Glass, which can range from getting weather reports to sharing videos to playing games.

Google in February gave the early adopters a little advice: don't be "Glassholes." It was the final suggestion in a recommended code of
conduct posted online for the software developers and others taking part in the "explorer" program.

The Internet titan appeared intent on avoiding the kinds of caustic run-ins that have seen some Glass wearers tossed from eateries, pubs or other establishments due to concerns over the camera capabilities built into devices. Don't be "creepy or rude (i.e. a 'Glasshole')," Google said in a guide posted online for Explorer program members. "Respect others and if they have questions about Glass don't get snappy." Google suggest Glass wearers be polite and offer demonstrations to possibly win over the wary. Glass fans were advised it is proper to follow the same rules set down for smartphone use in businesses. "If you're asked to turn your phone off, turn Glass off as well," Google said. "Breaking the rules or being rude will not get businesses excited about Glass and will ruin it for other Explorers."

Google early this year unveiled a partnership with U.S. vision insurer VSP to make prescription Glass and to reimburse some of the costs under health benefits. That does not include the $1,500 price for Glass. Glass connects to the Internet using Wi-Fi hot spots or, more typically, by being wirelessly tethered to mobile phones. Pictures or videos may be shared through the Google Plus social network.