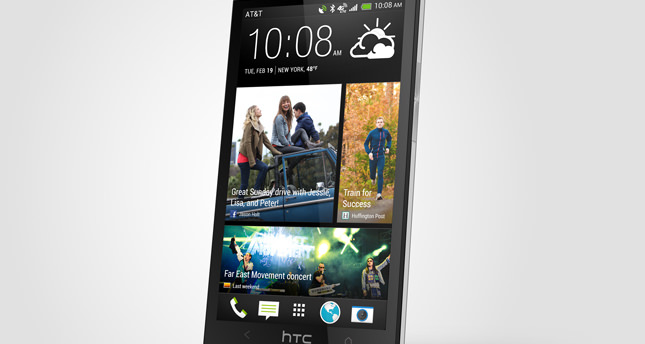 by Mar 26, 2014 12:00 am
NEW YORK — HTC is updating its flagship HTC One smartphone by giving it a larger screen, better software and more camera features.

The original HTC One received good reviews and was named the best smartphone of 2013 at the wireless industry's premier trade show in Barcelona, Spain, last month. But HTC failed to translate that glowing praise into sales. HTC executives acknowledge that the company made several operational mistakes in releasing last year's phone, including the fact that customers of the leading U.S. wireless carrier, Verizon Wireless, weren't able to buy it until months after its launch.

This time, the phone will be available right away through all the major carriers and Verizon will get it first in stores. Samsung currently dominates the global smartphone market. Last year, the Korean company had a 31 percent market share compared with Apple's 16 percent, according to Gartner.

HTC had less than five percent. Samsung in particular is notorious for its heavy marketing. The company spent nearly $4.3 billion (TL 9.5 billion) in advertising in the 12 months through September, about four times the $1.1 billion Apple spent in the same period. To break through, HTC plans to emphasize the One's metal design. Samsung's phones typically have a plastic back panel, while Apple's iPhones use glass. The new One will have a screen measuring five inches diagonally, up from 4.7 inches in last year's model. It will have software improvements designed to anticipate your needs.