A powerful premium phone that does not compromise on form 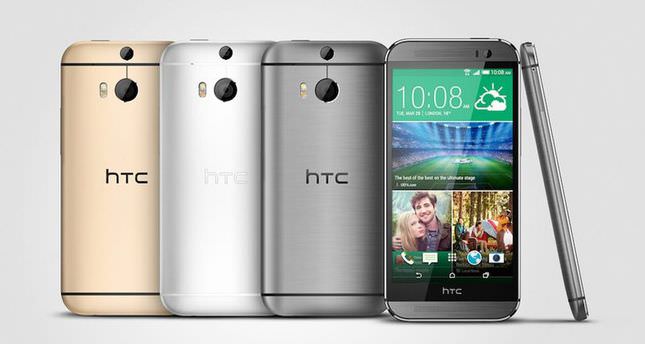 Following the release last year of the M7, HTC has revisited the award-winning design of the HTC One and revamped the line with the M8

ISTANBUL — Last year HTC offered cellphone enthusiast a premium Android phone with a sleek aluminum design in the shape of the HTC One. The HTC One stood out from the rest of the Android phone market due to its sleek appearance and superior quality.

Though the One did not receive the sales figures the Taiwanese Android pioneers had expected, the model caught the attention of the mobile world for offering what other competitors could not, a quality build.

As the race to build super powered cellphones continues, it is becoming more and more common to see the handset seller release phones made nearly entirely out of plastic in order to reduce the cost of production. Though Apple has continued to offer aluminum-framed phones since the release of the iPhone 4, Android phone makers strayed from the path rather early and most premium Android phones just don't feel the part in terms of build quality.

When rumors spread over the winter that HTC would not stray from their commitment to quality built phones, the international tech world breathed a sigh of relief. Though the new HTC One M8 does resemble last year's predecessor, improvements made to the frame, operating system and performance yielded an entirely new feel and look to the new flagship (unlike what we have become accustomed to with Apple).

The One M8 is slightly elongated compared to its predecessor in order to fit the larger five-inch 1080p display. The phone's rounded edges make up for the compromise as it is easier to operate single handedly and slip in and out of your pockets.

HTC also released the M8 with a new form factor that gives you a frame that is now nearly all aluminum and the only plastic visible on the exterior is at the top of the phone where the on off switch is located now closer to the index finger as the headphone jack has been carried to the bottom of the phone. The 32 GB standard internal storage has been scrapped in favor of a 16 GB standard model with micro SD expandability, making for easier migration between devices. The most eyecatching new addition to the phone apart from the 5 mega pixel selfie camera on the front, is the second camera at the back of the phone to assist the 2 Ultra pixel camera.

The addition of this second camera gives the M8 a unique photo taking experience not available with other phones. Ultra pixel cameras always excel in low-level lighting compared to their conventional megapixel counterparts, but the new technology had a downside in terms of depth of field. Now by adding the second camera, HTC has solved the conundrum that left the photos taken by the previous model looking flat and two dimensional as the user can choose to adjust the depth of field to a point where the photo can become 3D.

The One M8 comes out of the box with the newest version of Android, 4.4.2 KitKat, powered by the latest Qualcomm Snapdradon 801 clocked just below the Samsung Galaxy S5 (2.5ghz) at 2.3ghz.

The two new leading Android flagships also both come with two gigabytes of RAM, however, this does not mean that the M8 performs slower than the S5 as HTC's Sense 6 software comes much less bloated than the TouchWiz interface found on Samsung's devices.

Sense 6 also offers a unique Android experience in the shape of its BlinkFeed interface. Blink-Feed offers the user the option to customize news, location alerts and activity suggestions according to their liking. Working at Daily Sabah I found this especially to my liking as I no longer have to shuffle through 20-30 applications to keep up with the news. Instead, all the sites I follow get automatically updated and delivered to my home screen, saving both time and space on my device.

Another new feature the device brings to the table in Motion Launch. Motion Launch enables the user to view the phones' screen by simply tapping on it when the display is turned off. Swiping up on the screen will unlock the phone and the user can adjust and revamp their gestures to their liking.

Though HTC split paths with audio makers Beats Audio, the M8 carries on HTC's new brand of sound enhancement software in Boom Sound. The two massive speakers on the front of the phone allow for clear and loud sound I noticed to be even louder than my iPad Air.

Though the One M8 is undoubtedly a premium phone that actually feels the part, it does have its drawbacks. The capacitive buttons from last year's model have been removed but the space below the screen where they were once placed is still there, leaving one centimeter of unused space where only the company logo stands. By making the volume rocker more protrusive than last year's model, HTC have made them easier to use, but for a primary one-handed user like myself, I constantly find myself adjusting the volume by mistake. These buttons continue to function when the screen is turned off so I have experienced the phone going silent in my pocket unexpectedly at times.

Though the phone resists a certain degree of water and using it in the rain wouldn't cause any problems, a higher degree of waterproofing to match competing devices released by Samsung and Sony would have been much appreciated as well.

The bottom line is that the HTC One M8 is currently the only Android flagship that not only plays the part of a premium phone but also feels the part. If you demand an iPhone's build quality from an Android phone, then the HTC One M8 is certainly the phone for you, but if you need a rugged device that is water resistant and can continue to function despite being dropped regularly, the One M8 probably is not the greatest choice.