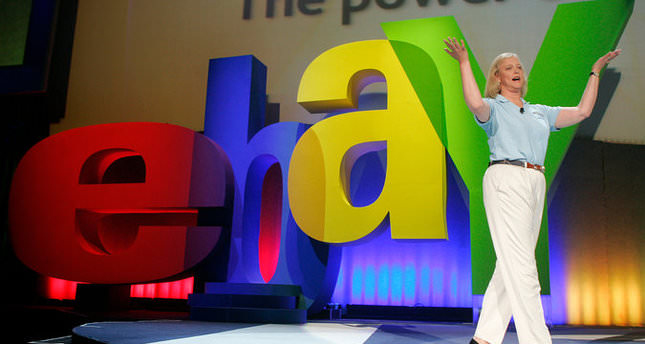 The Justice Department said that when Meg Whitman was chief executive of eBay, she helped enforce an agreement with Intuit’s founder not to hire each other’s employees

SAN FRANCISCO — The auction site eBay has settled a federal antitrust case that accused it of having a secret deal with Intuit not to try to hire each other's employees.

The deal, announced by the Justice Department on Thursday, follows the pattern of the department's 2010 settlement against Google, Apple, Intuit and other Silicon Valley companies over similar accusations. Like those companies, eBay is prevented from entering into anticompetitive hiring agreements for five years.

A related case against eBay filed by the California attorney general's office was also settled. EBay agreed to pay $3.75 million to the state, a sum it said would cover civil penalties, lawyers' fees, administration of the settlement and compensation to those who worked at eBay and Intuit.


Secret deals not to hire a competitor's employees were common in Silicon Valley in the latter part of the last decade, and Steve Jobs of Apple was a major instigator and enforcer of the agreements. EBay is not a competitor of Intuit, which develops tax preparation software, but both embraced a hands-off relationship.

In one email, he noted, eBay's senior vice president of human resources wrote to Meg Whitman, then the company's chief executive, complaining that while eBay was adhering to its agreement not to hire from Intuit, "it is hard to do this when Intuit recruits our folks."

Intuit, it seems, had sent a recruiting flier to an eBay employee. Ms. Whitman forwarded that email to Scott Cook, Intuit's founder, and asked him to "remind your folks not to send this stuff to eBay people." Mr. Cook immediately apologized.

Mr. Baer said in a statement that the eBay-Intuit agreement "served no purpose but to limit competition between the two firms for employees, distorting the labor market and causing employees to lose opportunities for better jobs and higher pay."

EBay said in a statement that it "continues to believe that the policy that prompted this lawsuit was acceptable and legal, and led to no anticompetitive effects in the talent market in which eBay competed." The suit was filed in late 2012.

Last week, a tentative settlement was reached in an antitrust class action filed against Google, Apple and other Silicon Valley companies for their no-poaching deals. A trial was slated to begin in San Jose at the end of the month.

The seven companies that were sued, three of which settled last year, have agreed to pay a total of $344 million to 64,000 of their engineers. After the lawyers take their cut, the engineers are likely to get only a few thousand dollars each.

Mr. Baer cited the private suits as "examples of the important roles that the federal, state and private enforcers together play in protecting U.S. consumers."