Turks and their smartphones 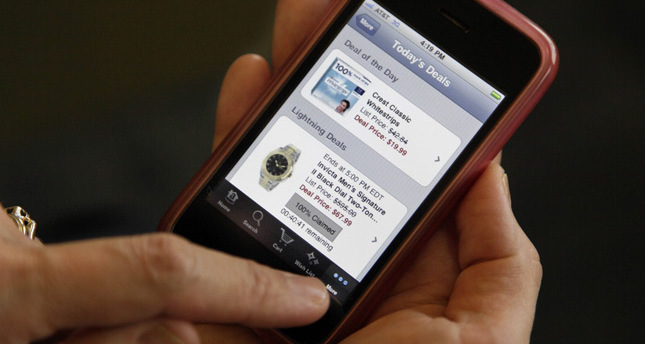 With Turkey's smartphone market booming and new apps becoming all the rave, the way Turks live their daily lives is starting to change

ISTANBUL — With the mobile smartphone market continuously growing in Turkey, Daily Sabah decided to take a look at how Turks use their smartphones.

With figures showing that one in three phone owners in Turkey use smartphones with data connections, it is no secret that the smartphone market has made a massive buzz in Turkey. Whether Android or IOS, the people of Turkey have made these pocket computers a part of their daily lives. But the question that is begging to be asked is how do millions of Turks use their smart devices?

To figure this out Daily Sabah examined both the Turkish Apple App Store and the Turkish Google Play Store to see which applications and application categories are downloaded the most.

The Turkish Apple App Store recorded the highest number of downloads in social media applications. This yields no surprises as everyday life in Turkey has become deeply intertwined with the use of Facebook, Instagram, Twitter, Snapchat, Whatsapp and Foursquare. This trend also holds true for local Android Play store as well.

Many of the apps sold in Turkey's two largest app markets also go hand in hand with social media use as Retrica and other photography apps aim to enhance Instagram, Twitter and Facebook features.

Even more common than social media is gaming, which came in tops on the list of downloads. Games based on local tastes and interests seem to be doing well as the "Dolmus Driver" game IOS app store is the 16th most downloaded iPhone game and "Okey" (a traditional local tile based game) is the 13th most downloaded free app available on Android. Turkey's online marketplace Sahibinden. com has seen its app downloaded over 1 million times on both platforms. Apps to learn English, German and Arabic also appear among Turkey's top downloaded app content.

"I use it for many purposes. Social media is one of them but not the sole purpose. Except for the functions as a 'phone,' I use my smart phone to check my emails, to find my direction from these map applications, to follow the latest news, for fun, for instant messaging via internet and for business purposes. There are a lot of mobile applications installed on the device, so it's not all about being connected to the internet. Smartphones have a lot to offer to users but not everyone uses them with a solid efficiency," said Abdullah Dikmendagı who works in the communications sector.

"I use my cellphone for communication by using mostly the Whatsapp app and sometimes Skype. I also use the phone as a tool for taking pictures and using apps such as Vsco cam for editing pictures and sharing them. It is easier to use apps on the phone for communication because you never know where you are going to be after an hour and you always need to get in touch with people. Instead of carrying a big camera you can easily snap a shot using your phone. It is more practical," said Akmaral Kerimoglu, a student studying in Istanbul.

"Turkish people intend to buy smartphones in order to be active on social networks, chat for free with friends and play games," said Esat Gök a communications expert.

"I use my smartphone to read news online, to follow social media and to get in contact with people," said Ümit Ertunç who serves as a police officer.

"I don't use any device other than my cellphone. I am not very good with technology, I don't own a tablet or a notebook. I mainly use my cellphone to access social media apps like Snapchat, Whatsapp and Instagram. I also use banking apps frequently because they are simpler and faster," Sare Alkan, a Student at Istanbul University said.