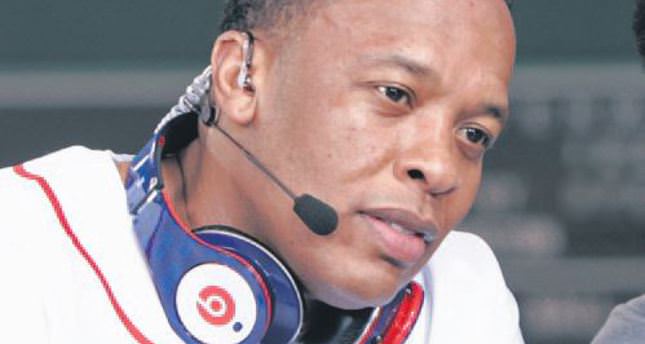 by Daily Sabah May 10, 2014 12:00 am
NEW YORK — Apple's possible acquisition of Beats for $3.2 billion (TL 6.65 billion) could potentially make Dr. Dre the world's wealthiest hip-hop artist. According to CNBC, Dr. Dre could become the world's first billionaire rapper if Apple goes through with its purchase of Beats Electronics, the headphone maker co-founded by the hip-hop star. Andre Young, aka Dr.Dre, is ranked second on Forbes' list of the wealthiest hip-hop artists of 2014 with an estimated wealth of $550 million. But if Apple's acquisition gets the green light, it could propel him to the No. 1 spot, surpassing Sean Combs, aka Puff Daddy, who has a net worth of $700 million.

There is no publicly available information about how big Young's stake in Beats is, but according to the Wall Street Journal, the rapper and co-founding music mogul Jimmy Lovine are majority owners. Young's Forbes ranking means he needs another $450 million to become hip-hop's first billionaire. That is equal to a 15 percent stake in a $3 billion company like Beats Electronics. It's highly likely Young's stake exceeds that figure. The California-based artist accumulated the majority of his wealth after founding Beats Electronics with music producer Jimmy Lovine in 2008. With about a 65 percent share of the headphone market, the company's valuation has topped the $1 billion mark.